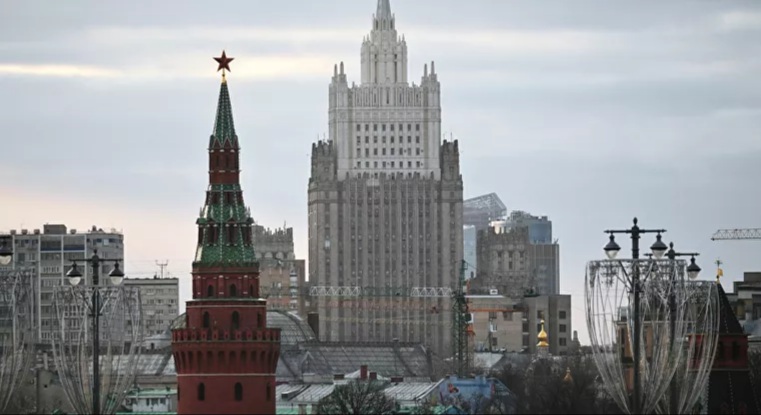 The deputy head of the American embassy in Russia was invited to the Ministry of Foreign Affairs of Russia, it was announced from the Russian Ministry.

As the correspondent of Sputnik announced, the deputy ambassador of the USA, Bart Gorman, arrived at the Ministry of Foreign Affairs of Russia.

“I arrived at the Ministry for a meeting with my Russian colleagues,” the American diplomat told Sputnik.

However, no other details of the call have been released  .

Earlier, the US State Department announced that the US ambassador to Russia, John Sullivan, would travel to the US this week , but would return to Moscow “in the coming weeks”.

It should be reminded that the head of the Russian diplomacy, Sergey Lavrov, announced on April 16 that the Russian side advised Sullivan to “go to his capital and conduct serious consultations.” The Russian Foreign Ministry believes that the ambassadors of Russia and the United States in Washington and Moscow should be in their capitals to analyze the situation.

Lately, relations between Russia and the West have continued to deteriorate seriously . The United States and EU countries have continued to impose sanctions on Russia under various pretexts. In that context, Lavrov stated earlier that Moscow does not have relations with the European Union as an organization, because they were destroyed by Brussels. The situation is no better in the American direction either.

Recently, Russia’s ambassador to the United States, Anatoly Antonov, was invited to Moscow for consultations in order to analyze what should be done and where to go in the context of relations with Washington.

It was later announced that Russia’s ambassador to the United States, Anatoly Antonov, will most likely not return to Washington soon .