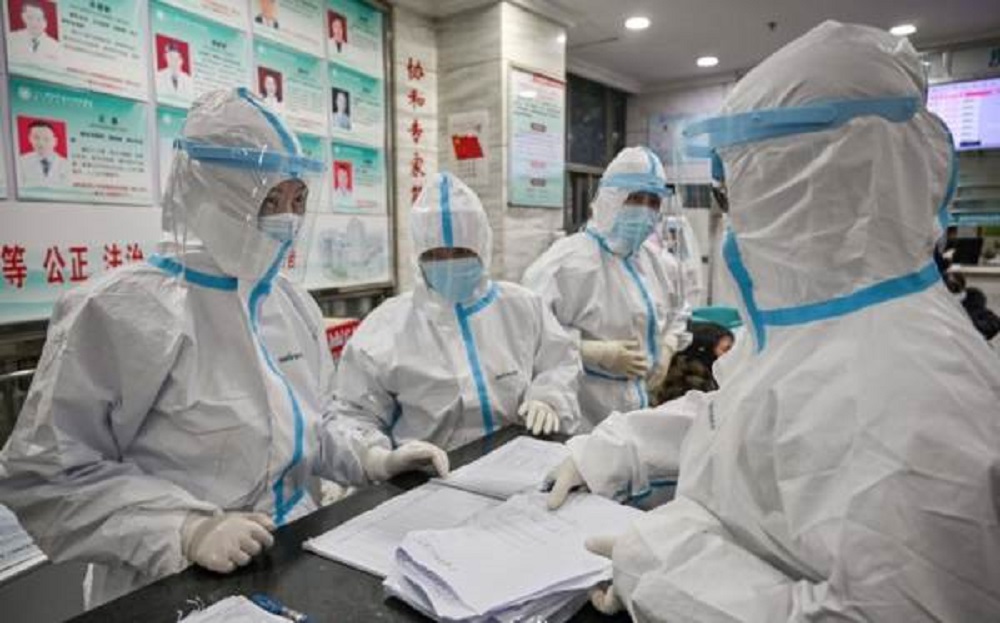 When did Doctors Fauci and Baric find out about the China coronavirus leak in Wuhan and how did they know it?

Why was the US investigating the coronavirus vaccine before the Western world even knew about it?

On April 9, 2020, we were the first media outlet to report on major events leading up to the China coronavirus leak that we suspected came from the Wuhan Institute of Virology.  We were able to determine Chinese Doctor Shi Zhengli was part of a team that was working on a coronavirus project jointly with US doctors in 2014 before it was shut down by the DHS for being too risky.

After the US research project was shut down, Dr. Shi continued her coronavirus research in Wuhan, China.

We reported that Doctor Shi Zhengli from China was part of a team, including Doctor Ralph S. Baric from North Carolina, that published an article in a 2015 edition of Nature Medicine.

In the article, they discussed bat coronaviruses that showed potential for human emergence.  The article was published in 2015.

This report was published shortly after their project was defunded by the US Department of Health and Human Services (HHS).

The HHS in 2014 sent a letter to the University of North Carolina at Chapel Hill where they announced they were going to defund the program.

Dr. Ralph S. Baric was identified in the letter.

After the work stopped in the US, the Chinese moved forward with the project and ran research and development in Wuhan at the Wuhan Virology Center. From Shi Zhengli’s papers and resume, it is clear that they successfully isolated the virus in the lab and were actively experimenting with species <-> species transmission.

Today, Dr. Lawrence Sellin, who contributed much to this effort to uncover the truth about COVID, reported that a December 12, 2019 agreement was signed by Dr. Ralph Baric that he would receive the “mRNA coronavirus vaccine candidates developed and jointly-owned by NIAID and Moderna”:

The Moderna mRNA vaccine is now being given to people around the world.  Pfizer also has an mRNA vaccine. Ralph Baric is a long-time coronavirus researcher with close ties with the batwoman and the Wuhan Institute of Virology as noted above in our post from April 2020.  December 12, 2019, is very early in the COVID-19 outbreak before it was reported in the West. Baric would be a logical person to test the efficacy of an mRNA vaccine.

What this tells us is that Doctors Baric and Fauci may have been aware of what was happening in China and Fauci and Moderna were likely working on coronavirus vaccines before COVID-19 was announced in the West.  The Moderna vaccine was ready for human testing very quickly.

It seems to be hardly a coincidence that Baric, who does not appear anywhere else in the confidential agreements should appear at such a consequential moment.

We can’t say this is a smoking gun of any type, but it is something not widely known and it certainly generates additional questions.

Did doctors Fauci and Baric know about the China coronavirus being released and when did they know it?  So many questions.