US Navy must rename warships that have ‘racist’ and Confederate names, policy task force says 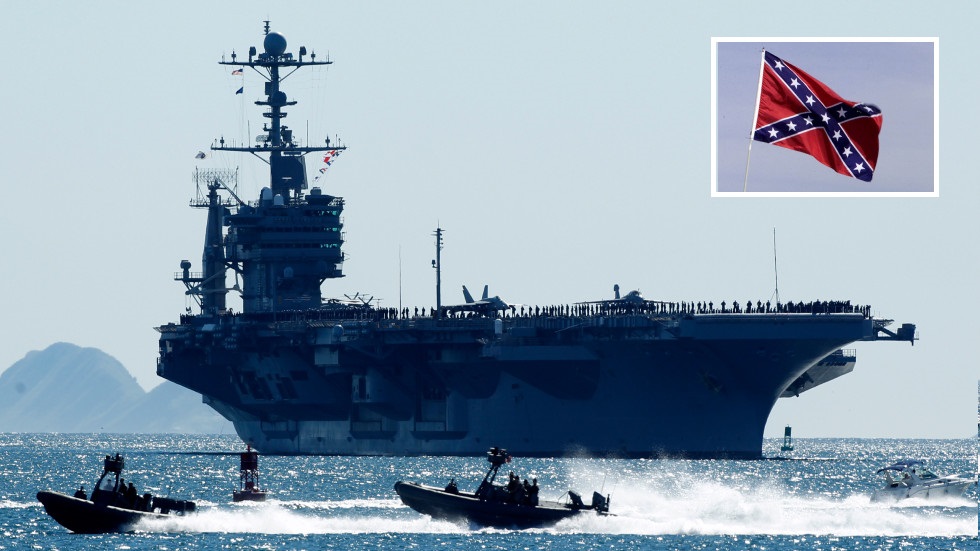 The US Navy should rename warships and other assets that have racist connotations, as part of a modernization drive to promote diversity, the task force that shapes navy policy has recommended.

“Certain Navy ship names have been highlighted by Congress and in the media for connections to confederate or white supremacist ideologies,” Task Force One Navy said in its report, published on Wednesday.

The 141-page report called for a review to “identify assets honoring those associated with the Confederacy and identify assets named after racist, derogatory or culturally insensitive persons, events or language.”

“This initiative is an opportunity to honor and name Navy assets for Naval heroes from all classes, races, genders and backgrounds.”

The shake-up will likely affect the guided-missile cruiser Chancellorsville, which takes its name from the 1863 Civil War battle that was won by the Confederacy.

Also in line for a name change is the aircraft carrier John C. Stennis, called after the former senator who campaigned against racial equality.

“Stennis’s record championing white supremacy is long,” retired Lieutenant Commander Reuben Keith Green argued in an essay last year, as he made the case for the ship to be renamed.

In total, the new report makes some 56 recommendations to Chief of Naval Operations Admiral Mike Gilday, who called for the task force to be set up after the death of George Floyd, a black man who died in May, 2020, after a Minneapolis Police officer knelt on his neck for several minutes while arresting him.

The report’s other recommendations include: service-wide implicit-bias training, better outreach to “underrepresented communities that appeal to Generation Z minorities” and using artificial intelligence (AI) to minimize bias during recruitment.

It also recommends changing the wording for grooming standards by removing subjective language, which may result in the perception of racial bias.

A similar move was taken by the US Army last week, which announced it was relaxing its uniform policy, in the name of “equity, inclusion and diversity.”