US Warns That NATO Is Ready For Conflict With Russia 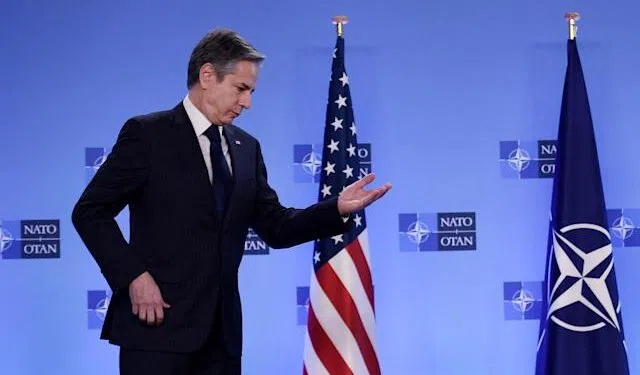 The US warned on Friday that NATO forces are ready to enter the conflict and defend member countries against attacks from Russia.

US Secretary of state Antony Blinken said “we are ready” for conflict if it “comes to us”.

Earlier in the week, Blinkin said that Russian president Vladimir Putin had “gravely miscalculated” by invading Ukraine and would face “massive, unprecedented consequences” from the US and its allies.

“President Putin may have assumed that the US and our allies were bluffing when we warned of massive unprecedented consequences but as President Biden likes to say, big nations can’t bluff,” he said. “The US doesn’t bluff and President Putin has gravely miscalculated.”

Also on Friday, Putin urged Russia’s neighbors “not to escalate” the crisis in Ukraine. “We do not see any need here to aggravate or worsen our relations. And all our actions, if they arise, they always arise exclusively in response to some unfriendly actions, actions against the Russian Federation,” he said.

Yahoo News reports: Nato is the military alliance currently made up of 28 European countries, plus the US and Canada. Ukraine is not a member, but is seeking to join as Russia’s attack on the country continues.

Blinken’s warning to Vladimir Putin comes as Russia continued its bombardment of Ukraine with the shelling of a nuclear power station in Zaporizhzhia in the south-east of the country.

The targeting of the plant – which the UK said could “directly threaten the safety of all of Europe” – continued even as emergency services tried to put out the resulting fire.

Blinken said Nato is ready to defend its member allies and territory: “Ours is a defensive alliance. We seek no conflict. But if conflict comes to us we are ready for it and we will defend every inch of Nato territory.