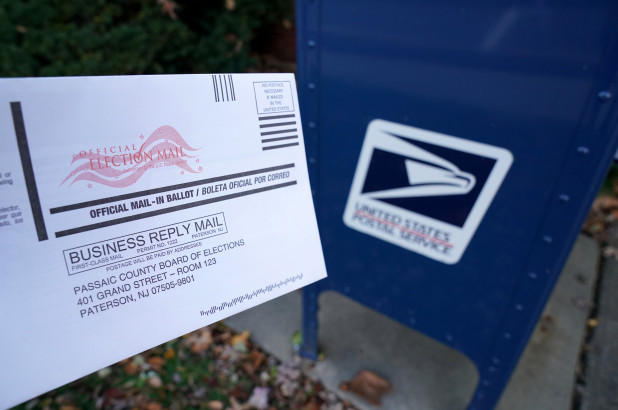 An upstate USPS employee was arrested Tuesday while crossing the US-Canada border with hundreds of envelopes and other undelivered mail — including several absentee ballots.

The Buffalo mailman, who was caught with over 800 pieces of mail inside his trunk that he had failed to deliver, said he had ended up on a bridge between the US and its neighbor to the north by accident, the Buffalo News reported.

Customs and Border Protection found a huge bin of mail spanning several zip codes in the vehicle. Among them were three absentee ballots from the Erie County Board of Elections, authorities told the newspaper.

Brandon Wilson, 27, told CBP agents he was in the wrong lane while traveling on Interstate 190 and accidentally wound up on the bridge. When pressed, Willson claimed that the mail was for his mother, though he was unable to explain why the names on the packages did not match.

Wilson later admitted in an interview with the Postal Service Office of Inspector General that he had been taking mail from his delivery route and putting it in his car.

“Beginning in September 2020, Wilson estimated he placed mail from his delivery routes into the trunk of his vehicle on more than four but less than 10 instances after returning to the post office from his assigned route,” special agent Brendan M. Boone wrote in a report.

“Wilson intended to whittle down the amount of mail in the trunk of his vehicle by placing a small amount of the mail into USPS missort containers in the morning before his shift began. Wilson last reintroduced mailings into the mail stream in this fashion approximately three weeks prior [to] the date of the interview.”

Wilson denied knowing that he was in possession of three absentee ballots — which have become a focal point in the contentious 2020 presidential election.

He has been charged with delaying or destroying mail, according to court documents. He faces five years in prison and a $250,000 fine if convicted.