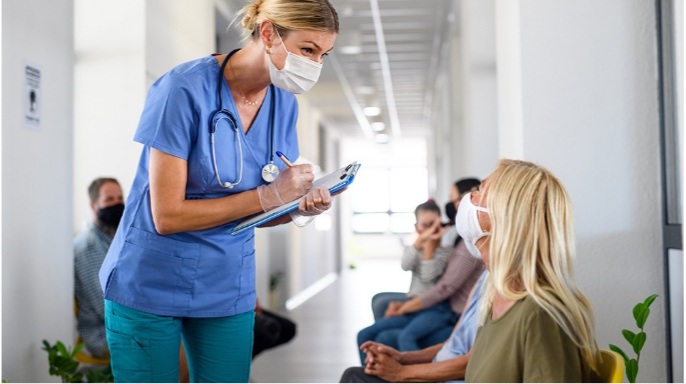 An Italian woman was “accidentally” given six doses of the Pfizer-BioNTech Wuhan coronavirus (COVID-19) vaccine in a single shot. The nurse who gave the six doses apparently did so because she was distracted.

The patient, a 23-year-old Italian woman, received six doses of the Pfizer coronavirus vaccine on Sunday morning, May 9, at the Noa Hospital in the small city of Massa in the central Italian region of Tuscany.

The nurse who gave the six doses immediately realized what she had done and alerted the attending physician, who began monitoring the woman for adverse reactions. The hospital then proceeded to alert the woman’s family as well as local health authorities.

According to hospital spokeswoman Daniella Gianelli, the patient was kept under observation for 24 hours after the incident in the hospital’s emergency room. The hospital gave her fluids as well as anti-inflammatory and fever medications to prevent any potential adverse reaction from occurring.

The hospital released her the next day because she supposedly did not suffer any serious adverse reactions. Her only side effects, according to her doctors, were pain at the injection site and being very frightened by the incident.

“This person at this time will certainly not have side effects,” claimed Dr. Antonella Vincenti, Noa Hospital’s director of infectious diseases. According to her, studies published by Pfizer show that people can receive up to five times the normal dosage of the coronavirus vaccine without suffering any consequences.

Vincenti also claimed this was not the first time vaccine recipients were accidentally given more than the recommended dose of the Pfizer coronavirus vaccine. Recipients in Israel and Germany had also received up to five times the usual dosage and they supposedly did not experience any adverse reactions.

Vincenti conceded that she was unsure of what the long-term effects of receiving six times the recommended dosage of the Pfizer coronavirus vaccine would be. There was no way to tell what it would do to the woman’s antibody levels or her immune response, if any, to the coronavirus.

She added that the hospital would bring the vaccine recipient back regularly to supposedly give her tests and monitor how her body is reacting to the “massive dose of the vaccine.”

The doctors at Noa Hospital are also still debating whether the patient should still get her scheduled second dose after several weeks.

Vaccine overdose incident was due to “human error”

Dr. Tomasso Bellandi, director of patient security for the Northwest Tuscany Local Health Authority, said Noa Hospital has launched an internal investigation to review its safety procedures and to make sure this incident never happens again.

He stated that each vial of the Pfizer vaccine the Noa Hospital receives contains six doses. These must be individually extracted and placed in separate vials, where they are then diluted before being administered.

The nurse who gave six doses of the Pfizer vaccine to the Italian woman injected all of the liquid in an undiluted vial, believing it to be a diluted single-dose vial.

“She thought that the dilution had already taken place,” said Bellandi. “They are both transparent liquids of the same density. Unfortunately, this contributed to the error,” said Bellandi.

“This is something that should never happen,” he added, excusing the incident to an unfortunate instance of human error. “Due to our limits as human beings, as well as organizational limits, these things can happen.”

Bellandi further justified the incident by talking about how the woman was vaccinated on an extremely busy day. He said that the incident happened during a period in which health workers, like the nurse who administered the six Pfizer doses, were trying to inject as many people with as many vaccine doses as possible.

“We are extremely regretful, especially towards the young woman,” claimed Bellandi. He added that the nurse and the attending physician were regretful that the accident happened, and a psychologist who talked to them afterward had described the two as “traumatized” by the event.

There have been multiple instances of COVID-19 vaccine overdose in recent months. In March, a 91-year-old man went into shock after he received two vaccine doses in one day. And in April, dozens of inmates at the Iowa State Penitentiary received up to six times the normal dose of the Pfizer COVID-19 vaccine, with many experiencing fevers, body aches and sore arms.

Learn more about the dangers associated with receiving even the normal dosages of the Pfizer coronavirus vaccine at Vaccines.news.