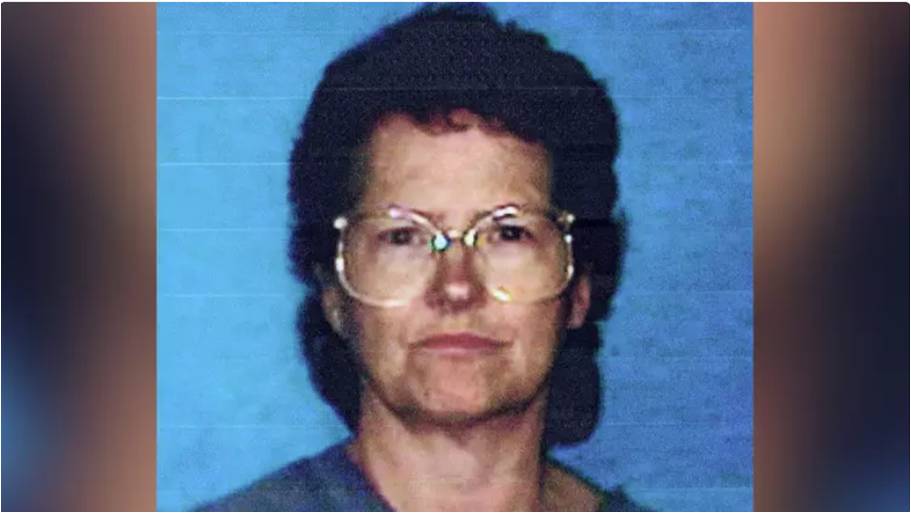 Serial killer Bobbie Sue Dudley left a trail of death at a Florida nursing home before stabbing herself and checking into a state mental hospital.

On Nov. 22, 1984, about three months after moving into North Horizon Nursing Home in St. Petersburg, Florida, Stella Bradham, 85, sunk into a coma thought to be triggered by a stroke. She died four days later.

At Bradham’s funeral, Cecilia Bradham Mansfield couldn’t shake a haunting sensation that her beloved grandmother, who had been in perfect health, “did not look like herself,” she told “License to Kill,” airing Saturdays at 6/5c on Oxygen. “The feeling just never went away that something wasn’t right with her.”

Caregivers at the respected, relatively small eldercare facility were also unsettled. Bradham wasn’t the only shocking casualty at North Horizon that November.

Was it environmental? In the food? The water? Legionnaires’ disease? North Horizon staff reviewed patients’ charts from every angle, and a telltale clue emerged. All of the deaths occurred during the 11 p.m. to 7 a.m. shift or close to around the shift change.

During a 24-hour period beginning on Nov. 26, 1984, the mystery took a frightening twist. Five more patients died, and on Nov. 27, a nurse claimed to be stabbed in the stomach during an alleged break-in at the secure facility. A bloody nine-inch butcher knife was left behind at the supposed crime scene.

Between the purported attack and the cluster of untimely deaths, Robert Engelke, a St. Petersburg Police Department detective who worked the case, became suspicious.

“Somebody’s causing this to occur,” he told producers.

Alongside medical and forensic experts, police set up a “war room.” With a dozen deaths to look into, the investigation “required a laborious search of medical records,” the Tampa Bay Times reported in 2005.

Nurses’ patient notes provided clues to residents throughout each day and shift, including which caregivers were on duty and when. One nurse was in attendance during every one of the dozen deaths. Her name: Bobbie Sue Dudley, the same caregiver who’d claimed she’d been stabbed by a prowler.

This raised a red flag for investigators, and so did Dudley’s minor wound from her purported attack. Experience told Det. Engelke that the intruder wouldn’t just “prick you with a knife of that nature.” Dudley’s account, he told producers, “smelled.”

When investigators spoke with the nurse about her account, she said she felt ill and left. Detectives soon discovered that she was admitted to a state mental hospital for six months and was, effectively, out of reach.

Investigators shifted their focus to Anna Larson, a 94-year-old North Horizon resident who’d been rushed to the hospital during the nursing home’s November rash of deaths.

Tests revealed that Larson, who survived the emergency, had overdosed on insulin. Because Larson wasn’t diabetic, investigators questioned why she was given the medication. It was discovered that insulin was missing from a locked cabinet at North Horizon, and Dudley had a key to the drug cupboard.

Dudley went from alleged stabbing victim to the prime suspect in the investigation. Exactly who was this woman?

Dudley had a history of mental illness, and she was diagnosed with Munchausen’s syndrome, a mental disorder in which individuals feign physical or mental illness, the Orlando Sentinel reported in 1986. Those with Munchausen by proxy are often caregivers who make up or cause an illness or injury in a person under their care.

Dudley’s past included self-harm and a marital breakup, and after divorcing her husband, Dudley lost custody of her son as well as her nursing license in Illinois. Failing to mention the incidents in Illinois, she was able to obtain a nursing license in Florida, according to the Sentinel.

“This was before there was a national registry of nursing licenses,” Bea Yorker, professor of nursing and criminal justice, told producers. “Bobbie Sue Dudley is an absolute case study of Munchausen by proxy that extends even further to be a nurse who would kill patients. This is a very lethal way of being in the world.”

“All her behaviors are indicative of a serial murderer,” Engelke told producers. But, he added, there was no “smoking gun or a dripping knife” to tie her to the crimes.

There were, however, the buried bodies of North Horizon residents. Investigators needed to go beyond medical records and perform autopsies to determine causes of deaths.

“Those who were not cremated had to be exhumed,” Pinellas County Chief Forensic Investigator Jackie Martino told producers.

In May 1985, nine bodies were exhumed, including Bradham’s. Four autopsies showed conclusive evidence of homicide — two by injection of unknown substance and two by strangulation — but they still had no evidence to tie Dudley to the cruel homicides.

Bradham’s autopsy led to a shocking and game-changing discovery. Her hyoid bone, a small U-shaped bone situated in the larynx, had been broken. Someone would’ve had to put pressure on it to fracture it. Investigators theorized that when the insulin injection didn’t kill her fast enough, the life was wrung out of her.

“At that moment, we knew we had a homicide,” Martino told “License to Kill.”

As investigators worked to link Dudley to the deaths, they learned that she was out of the mental hospital, she had remarried, and she had filed a $25,000 workman’s compensation suit against North Horizon over her alleged stabbing. She was deemed a flight risk, and hoping to coax a confession out of her, authorities interviewed her again.

The investigation led detectives to obtain a warrant to search Dudley’s home in Tampa, and under her mattress, they found a five-page account of the patients’ deaths that identified them by name and their time of death, reported the Orlando Sentinel.

On April 10, 1986, Dudley was indicted for four of the murders at North Horizon, according to the AP. Although Dudley’s defense team planned to use an insanity defense, she was ruled competent to stand trial.

In addition to Bradham, the indictment accused her of killing Aggie Marsh, 97, Leathy McKnight, 85, and Mary Carter, 79, reported the Sun-Sentinel. Investigators, however, believed Dudley was responsible for all 12 deaths at North Horizon.

On Feb. 23, 1988, 39 months after Bradham’s death, Dudley’s legal team took a plea bargain, and she pleaded guilty to second-degree murder charges. She was sentenced to 65 years in prison.

Dudley also received an additional 30 years for the attempted murder of Larson, 94, who died two months after the insulin overdose from an unrelated illness.

Dudley died in prison at age 54.

“I was not happy she did not get the death penalty because I felt she deserved it,” Mansfield told producers.