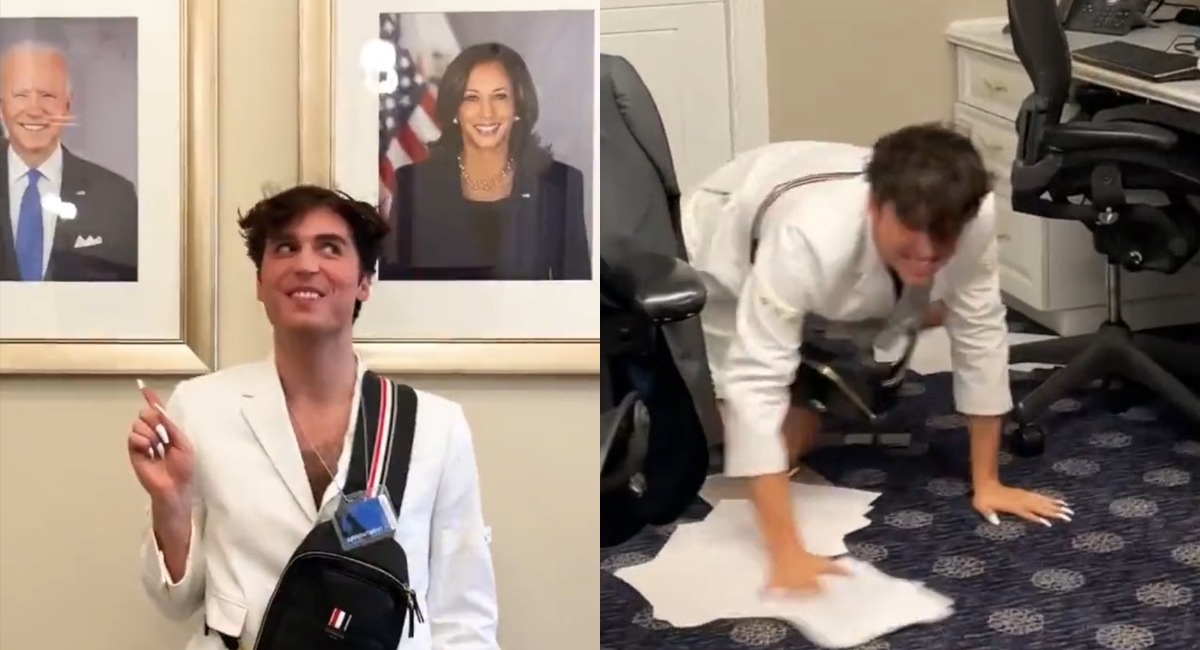 A bizarre video released by a Tik Tok influencer from inside the White House has been criticized online.

The Biden administration has hired 50 online “influencers” to promote COVID-19 vaccines to young Americans. One of them is a homosexual LGBTQ influencer named Cooper, who released a video from the White House showcasing his role, but it has been referred to as “cringe” by critics.

The Biden administration has hired 50 online “influencers” mostly under the age of 30 to promote COVID-19 vaccines to young people. One Tik Tok influencer named Cooper released a video from inside the White House, featuring White House Press Secretary Jen Psaki, that has been widely criticized and referred to as “cringe.”

As The New York Times’ Taylor Lorenz reported Sunday, the Biden administration signed on 50 Twitch YouTube, and TikTok users to reach their massive follower counts, which largely consist of young users under the age of 30.

The Times spoke with some of the influencers who received inquiries from the White House through a marketing organization, asking them to address “a massive need to grow awareness within the 12-18 age range.”

The influencer, who has long white painted fingernails, put out a video depicting a day in his life as a White House intern. At one point in the video, Cooper is standing in front of portraits of Joe Biden and Kamala Harris, and is wearing a open white jacket and skirt with his chest hair visible. Throughout the video Cooper acts childishly, and can be seen putting on makeup and doing Tik Tok dances. At the end of the video the influencer asks viewers to comment if they want more videos.

The White House hired another influencer to promote vaccines pic.twitter.com/LK7JOOcGz1

The video, shared by the Twitter account known as “Libs of Tik Tok,” has widely been criticized online. Former Senate candidate and America First firebrand Lauren Witzke slammed the Biden administration over the move. “Welcome to Hell. No, your grandfathers would have never have gotten off of those landing crafts in 1944 or staged a cold war against the Soviet Union if this was the kind of ‘Democracy’ they were told they were saving,” Witzke posted to Gab.

In reaction to the video, Conservative activist and Congressional candidate for Nevada Mindy Robinson said “Apparently being cringe AF is also a side effect of the vaccine…”

In related news, the United States military, under the direction of Biden regime Secretary of Defense Lloyd Austin, is moving to require all service members to be injected with the COVID vaccine by September 15, according to a report from the Associated Press. Refusal to be injected could be treated as failure to obey an order, and unvaccinated soldiers may be subject to punishment under the Uniform Code of Military Justice.