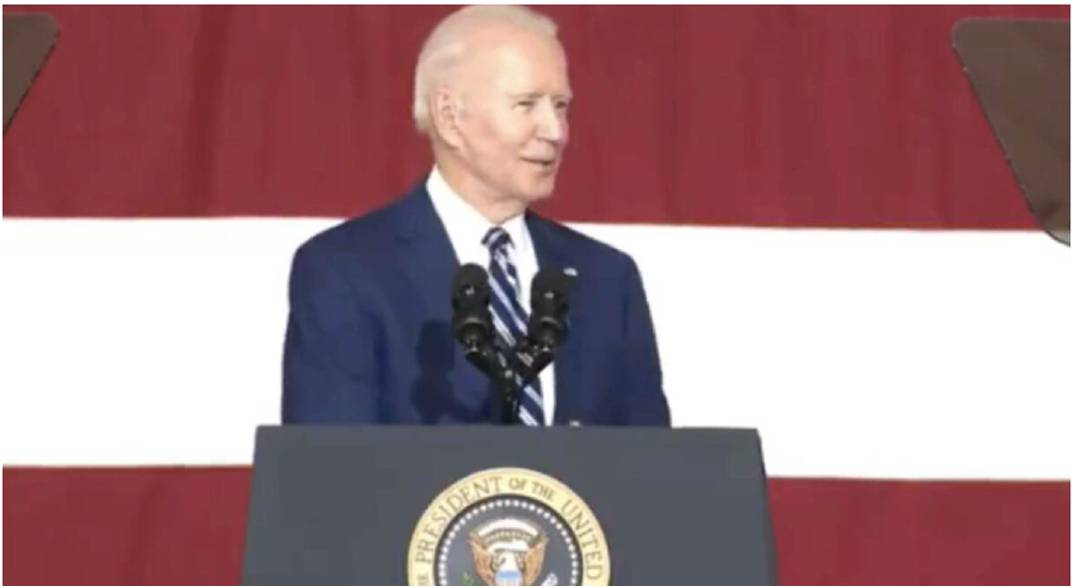 What the hell is wrong with this pig?

Joe Biden has a long and rather repulsive history (on video) of being very inappropriate with women and young girls.

He was called out for how he touched and spoke to women during the 2020 Dem primary, and he ended up having to publicly apologize for it.

Of course, being that he’s a smug elite, who doesn’t play by the peasant’s rules, he never really stopped with the gross remarks. Biden doesn’t care. He just fluffs it off as him being “too friendly” and “too kind.”

But it’s not that.

He’s a seasoned manipulator and a man who has spent his entire life using his power and privilege to get away with whatever the hell he wants to.

And just because he’s a doddering old dementia patient now, doesn’t change who he is at the rotten center of his core.

But besides all the comments he’s made to women, the really disgusting stuff is his touching and comments that he’s made to little girls. He’s like a schoolyard lech.

And what he just said today about a little girl in an audience is a perfect example of that disgusting, perverted, and totally inappropriate behavior.

“Joe Biden looks at a little girl in the audience, the daughter of a veteran, and says “I love those barrettes in your hair. Man I’ll tell you what, look at her she looks like she’s 19 years old sitting there like a little lady with her legs crossed.”

I will tell you what, Joe…If you ever said something like that to my young daughter, you’d REALLY be chewing on your dentures, you old perverted creep.

This type of talk to a young girl is sexual and reprehensible.