Video: DeSantis Has A Message For The WEF & They’re Not Gonna Like It 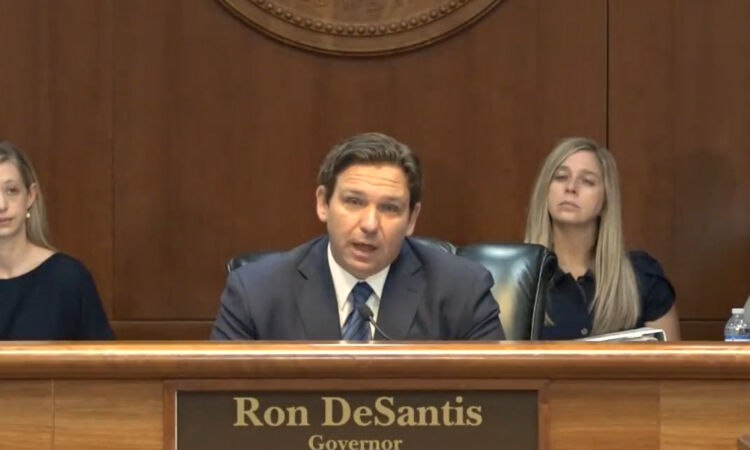 The WEF-puppet regimes from Sri Lanka, the Netherlands, and Canada are all strangling their citizens with ESG (Environmental, Social, and Governance) policies.

Sri Lanka’s economy collapsed, while the Netherlands and Canada are on the same path of self-destruction to appease globalist influence.

“The Florida State Pension System will now be under a “flat ban” against incorporating the globalist ESG platform into its investments,” Fox News reported.

“DeSantis told “Tucker Carlson Tonight” the proponents of ESG – which places what its supporters say are environmentally-necessary regulations – like to “wiggle around” definitions and verbiage to supersede the purely fiduciary responsibilities of fund managers.”

So DeSantis decided to go all in against WEF!

“Things like the World Economic Forum, those policies are dead on arrival in the state of Florida.”

Florida began its campaign against “woke” corporations ahead of the 2022 Session. This year, the Legislature passed and DeSantis signed what he calls the “Stop WOKE Act” to combat CRT. The law, which is being challenged in courts, prohibits classroom lessons and corporate training from telling people they are inherently racist, sexist or oppressive because of their race, color, sex or national origin.

(This post may contain disputed claims. We make no assertions as to the validity of the information presented by our Opinion Columnist. This is an opinion article, and this post should be treated as such. Enjoy.)

One thought on “Video: DeSantis Has A Message For The WEF & They’re Not Gonna Like It”