[VIDEO] How a Processed Hot Dog is Made…Warning: VERY Disturbing 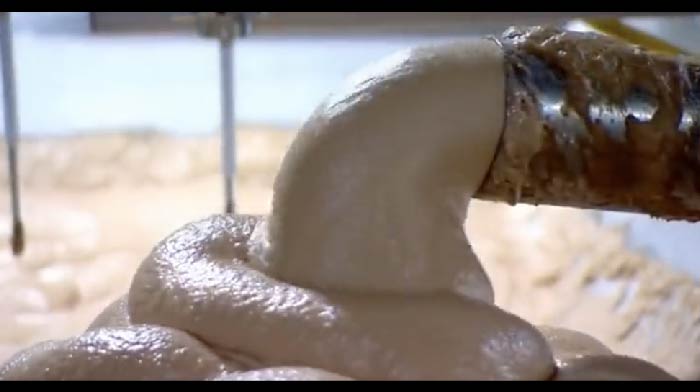 Well, there goes hot dogs for me. Honestly, hot dogs have always been one of my favorite guilty pleasure foods, and while I love the pricy “all beef” ones, I think Oscar Meyer could be one of my favorites… and no, I don’t eat a lot of processed foods – hardly any, to be honest, but when I do, I love a good hot dog… and like I said, they’ve been ruined for me after watching this video, so I thought I’d ruin them for you, too.

Hey, if I had to see how processed hot dogs are made, you do too. That’s how this works, okay? We’re in this together, dang it!

Hot dogs could literally be one of the worst things you can eat, and I am not talking about the “creepy parts” they’re made of, or how they’re made, but it’s the sodium levels that are through the roof and the nitrates they pump into them.

Inside Hook reported that hot dogs are made from emulsified meat trimmings, a vague term that encapsulates “lower-grade muscle trimmings, fatty tissues, head meat, animal feet, animal skin, blood, liver and other edible slaughter by-products.” That whole pig anus thing is a myth, but when you’re eating a battered mash of just about everything else, does it really matter?

If a hot dog’s ingredients don’t faze you, perhaps its sodium levels should. A single frank contains nearly a quarter of your daily recommended salt intake. Hot dogs are high in calories and fat, too, and have been linked to type 2 diabetes, cardiovascular disease and cancer.

In a darkly comic University of Michigan study from last year, researchers concluded that eating a hot dog takes 36 minutes off your life. That isn’t as harrowing as some other longevity studies (a single hit of heroin apparently takes 24 hours off your life), but it’s as sure a sign as any that hot dogs are one of the worst everyday foods you could toss down your gullet.

There’s next to no proof, though, that hot dogs are the very worst of the processed foods. As The New York Times points out in a recent article, it’s difficult for experts to rank the shittiness of hot dogs, relative to bacon and sausage, or deli meats like bologna, smoked turkey, salami and pepperoni.

The sobering reality is that all processed meats — which go through cycles of smoking, curing and salting, in an effort to preserve flavor for as long as possible — should be avoided. Scientists can’t determine which is more likely to cause issues more than the other (especially because people who eat processed meats tend to eat all sorts of processed meats), only that they’re all deleterious for the body, and in many cases, even carcinogenic.

While some hot dog companies have made a pledge to stop pumping their dogs full of nitrates (the preservatives most closely associated with cases of colorectal cancer), that isn’t a guarantee at every backyard BBQ. And besides, even “nitrate-free” processed meats have enough nitrates that the body can turn them into nitrites…which are also bad, and can form “cancer-causing substances” in the body.

I will tell you what, from this point on, I will be looking elsewhere for my “guilty pleasures.”

One thought on “[VIDEO] How a Processed Hot Dog is Made…Warning: VERY Disturbing”