Video: In Florida, Biden Uses Fake Southern Accent For Fake Southern Saying – Instead Of “Southern”, It’s More Like In “Fetterman” 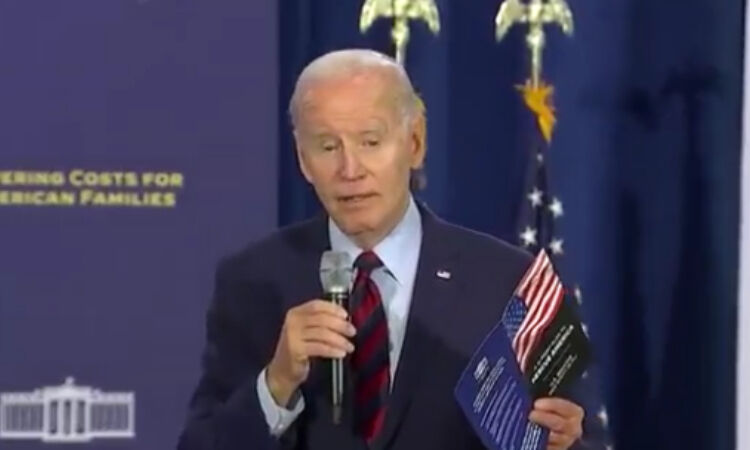 The Democrats sent Brain-Dead Biden out there to turn things around. Yes, that Joe Biden. The old guy in the White House. The one whose brain is 51% tapioca, and who critics say without evidence is in the throws of dementia.

It wasn’t one of Joey’s best performances. He confused Iraq for Ukraine and brain cancer for dying in combat. Then he decided to try his hand at what the kids call “signal boosting” and the grown-ups call “shameless pandering.” He spoke in a fake southern accent and repeated a southern saying no one from the south has ever heard before.

To be precise he sounds more like Fetterman and he definitely doesn’t sound like a southerner.
“As they say in southern, ‘doesn’t know where y’all been, got damn boy.”

Just another day in the life of the most powerful man in the world.

Biden is making world-altering policy decisions and causing immense damage to the country’s economy and stability.

Beyond the lies and misrepresentations about his personal life, he’s also lying about Republican policy positions to influence midterm voters.

But he and his party know that he’ll receive protection from the media that share his ideology.

Instead of covering his obvious mental decline and repeated misinformation, they ignore his mistakes and misrepresentations.

The media’s tacit cover-up means many on the left never hear of these disturbing gaffes. The protective cocoon given to Biden ensures that tens of millions of people remain unaware of how bad he’s gotten.