Video: Oklahoma Football Player Picked A Fight With A Smaller Man In A Pub Toilets Over The Weekend – Receive Instant Karma As The Man Was Train 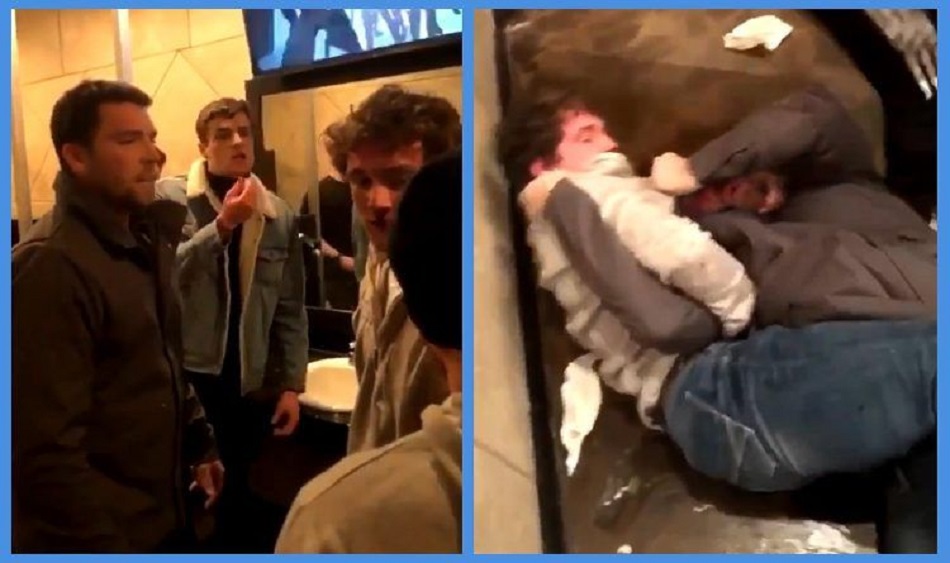 Oklahoma University wide receiver Spencer Jones was involved in an altercation in a bar bathroom in a video that surfaced on Feb. 19. The video shows Jones eating a few punches and getting choked in the video.

Of course, the camera never catches the beginning of an altercation, but it looks like a pretty run-of-the-mill bathroom bar confrontation. Jones tells one guy to “get the fuck out” of there, before Jones’ friend gives one of the guys a shove.

Within a second the gloves come off and this little bulldog pounces on Jones face with a fury of punches before taking him to the ground and delivering more. Jones’ buddy (the one who made the initial push) doesn’t fare too well either with the other guy.

Oklahoma American footballer Spencer Jones picked a fight with a smaller man in a pub toilets at the weekend, unknown to him, he was a decade trained MMA fighter and almost lost an eye 😂 love when karma wins. pic.twitter.com/i4YazyMskF

Y’all motherf***ers ain’t playing around,’ the narrator says after the other fight results in someone being body slammed against the wall.

Braden Brown identified himself and his brother on Twitter as the fighters after the video began circulating.

‘Just to get rid of the misconceptions, I’m the fellow in the beanie and that is my brother. We ARE NOT wrestlers at any university, we have been wrestling since we were in diapers and MMA/Cage Fighting since we were 12. They gave us no options unfortunately. We showed restraint,’ Brown said.

After the fight, Jones – whose lawyer said Jones was a ‘trying to be a peacekeeper’ – went to his football program’s athletic trainers for aid.

Once swelling around Jones’ left eye diminished, a four-hour outpatient surgery was performed on February 16, which involved rebuilding his orbital socket.