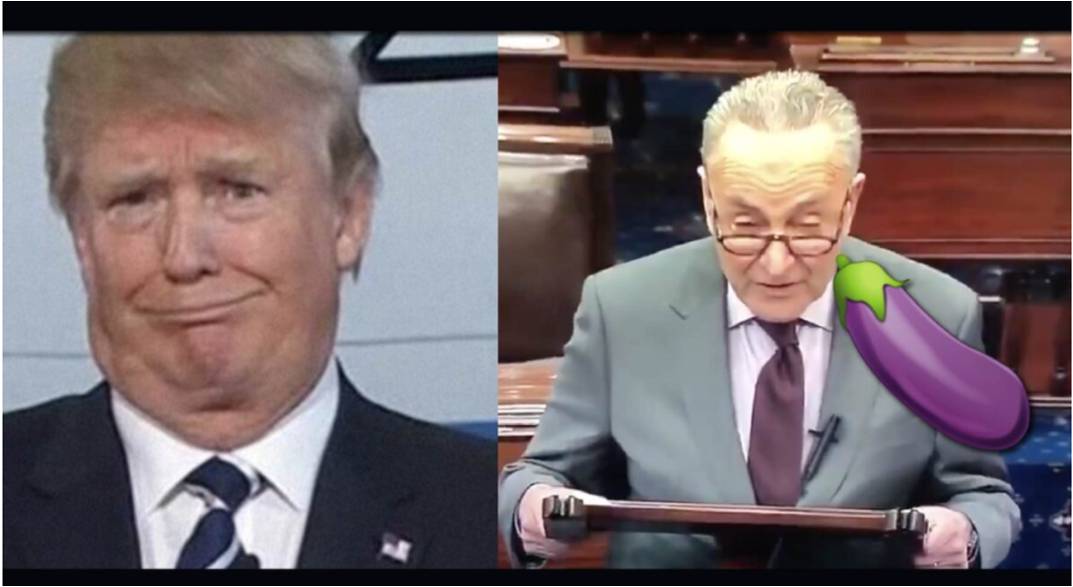 We have the most inept, shaky, feeble, and ridiculous government on the planet.

The people who are lording over us can’t even pronounce everyday words.

They want to impeach a US president who’s already left office, but can’t 1) produce evidence that he did anything wrong and 2) properly pronounce what he even did.

That’s what happened today when shaky buffoon Chuck Schumer took to the Senate floor, where he went on yet another tirade, demanding that Trump be impeached, and vowing there would be a trial.

But during his spit-ladled speech, Schumer couldn’t even remember the word “insurrection,” so he replaced with it “erection.”

This is unbelievable. We have people operating on half their brain capacity ordering us around and telling us what to do …and we’re actually paying to abused like this.

Unthinkable how it’s come to this.

Let’s start by term-limiting about 98% of the GOP during primaries. it won’t fix everything, but it’s a helluva start.