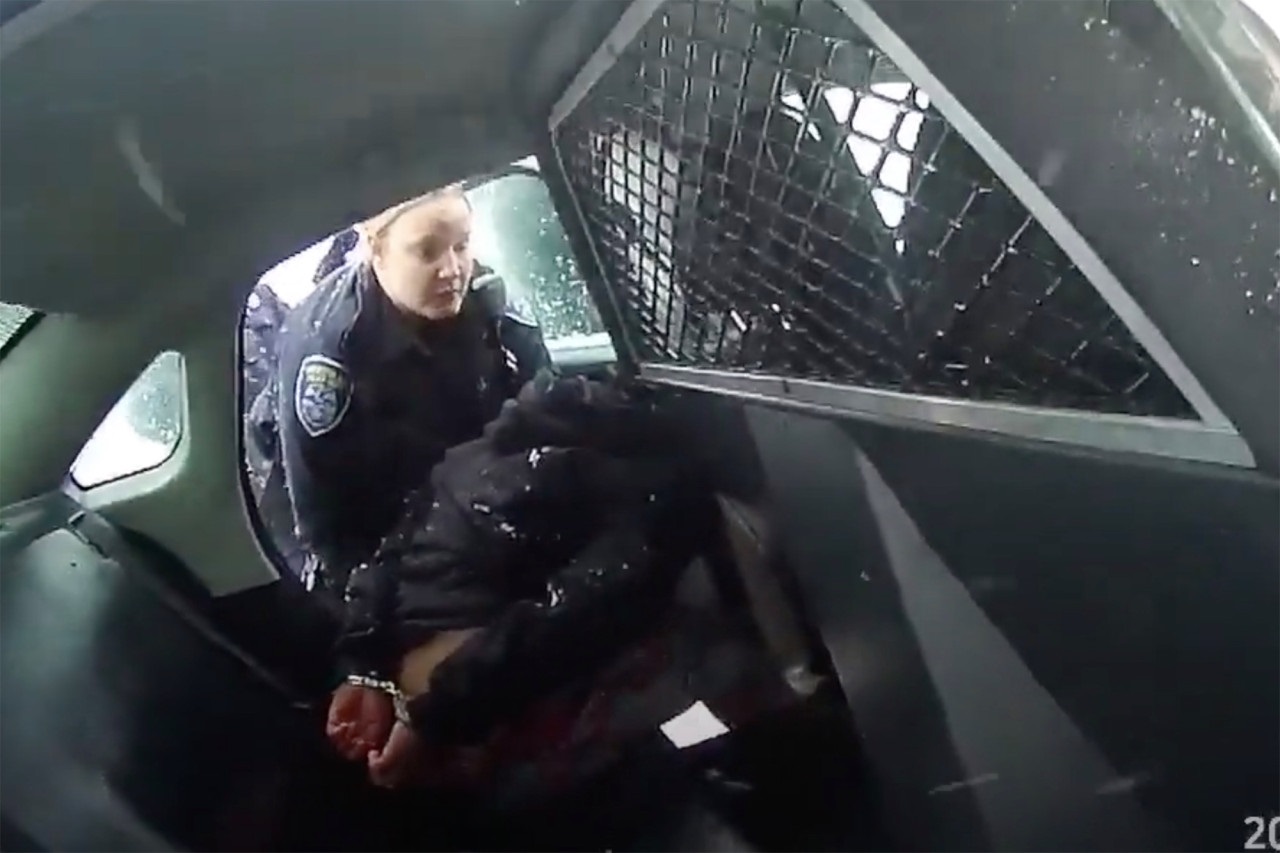 Footage from one video shot during a family dispute on Friday shows the distraught youngster running from police, then dropping to the snow-covered ground as a cop tries to bring her back.

“I want my dad,” the girl screams in a second video. “I ain’t going nowhere. I want my dad … I’m not getting in no car until I see my dad.”

“Stop or you’re going to get yourself hurt,” a cop responds at one point during the lengthy ordeal.

A female officer is heard telling the girl she’ll find her father, but asks her to get inside the police car to stay warm — only to have the girl start screaming again.

“Just spray her at this point,” one cop finally says, and is seen spraying the girl.

“Please wipe my eyes,” screams the girl, who was handcuffed behind her back. “Wipe my eyes, please.”

The footage was released Sunday after a city press conference, during which Rochester Deputy Police Chief Andre Anderson said the girl was suicidal.

The girl’s mother, who was also not identified, is seen in the footage arguing with her daughter, who becomes increasingly agitated while her mother berates her.

The woman is also seen cursing at passing motorists.

“I’m not going to stand here and tell you that for a 9-year-old to have to be pepper-sprayed is OK,” Police Chief Cynthia Herriott-Sullivan said Sunday. “It’s not.”

“I don’t see that as who we are as a department,” the chief said. “And we’re going to do the work we have to do to ensure that these kinds of things don’t happen.”

Rochester Mayor Lovely Warren said she was disturbed by the video.

“I’m very concerned about how this young girl was handled by our police department,” Warren said during the press conference. “It is clear from the video we need to do more in support of our children and families.”