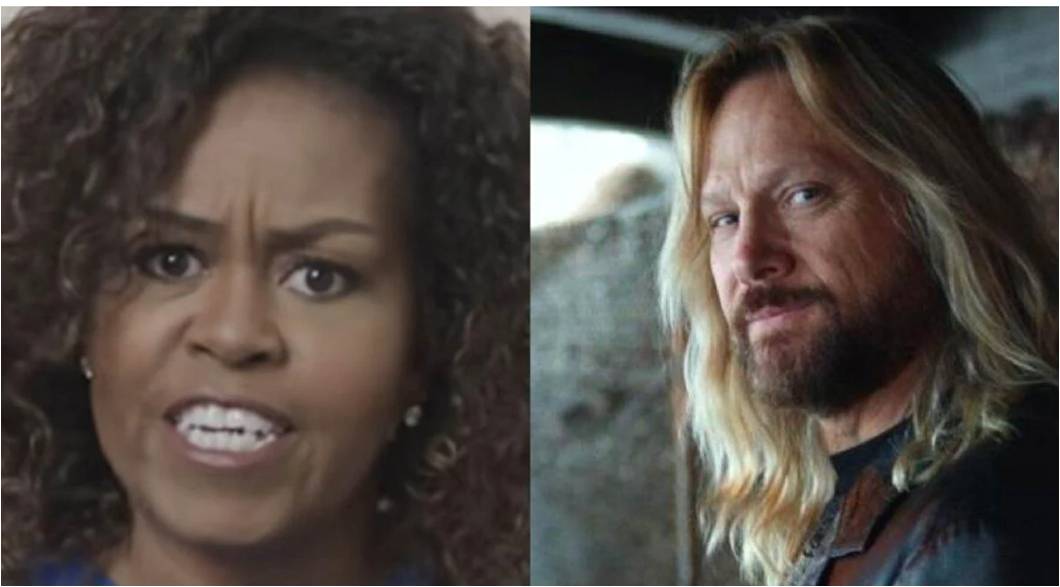 A standup comedian by the name of Steve Mudflap McGrew delivered a brutal potshot at Michelle Obama during his latest standup routine.

Sadly, First Ladies have been the target of both the left and the right; we’ve seen Melania get dragged through the mud by the left for the past 4 years.

The media and the left have been brutal towards Melania, and it’s odd since she’s far less “political” than someone like Michelle Obama, who drew a lot of ire from many on the right after her comment about being “proud of America” for the first time in her life after her husband was elected president.

Let’s just say there’s not been a lot of love lost between the right and Michelle since that time.

And that angst was felt during Mr. McGrew’s standup routine when he made a brutal jab at Michelle with a joke that questioned the former first lady’s gender.

The joke comes at the end of the routine, where he discusses wearing masks inside a bank and then transitions over to the COVID vaccine.

Wearing a mask at the bank.

Hold on for the Michelle Obama joke.pic.twitter.com/AH26rVSlMN

Everything is so politicized nowadays. Remember not so long ago when Fist Ladies and kids were off-limits?

That’s not the case anymore, thanks to the left.

I can remember back when First Lady’s were respected and adored by the nation for all their charity work and good cheer.

But that’s gone down the drain.

God knows the lefty “comedians” – especially late-night TV hosts – have drug Melania over the coals time and time again in such a brutal fashion.