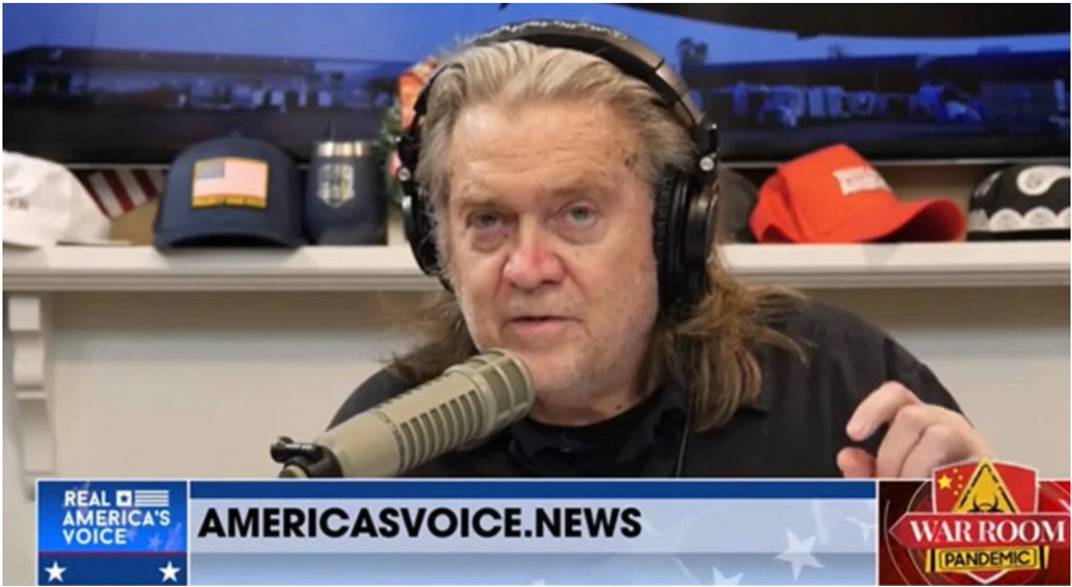 Every day it’s becoming more and more apparent that Mr. Biden is struggling with this job he’s been given.

He’s regularly forgetting key information, and often appears lost and confused when out in public.

Many conservatives have already braced themselves for the possibility that Kamala will soon step into the role of president, but Steve Bannon is warning everyone that it’s coming much sooner than we thought.

Bannon made the prediction of an upcoming Harris presidency in an episode of his War Room show last week.

Harris’ candidacy was wholly rejected by Democrat primary voters in 2020, and the neoliberal corporatist was placed onto the Democratic ticket at the behest of influential oligarchs within the party. Shoehorning Harris in as President would allow Democrat elites to ignore promises related to policy concerns of everyday Americans, instead touting Harris’ identity checklist features while ramming through an establishment agenda.

“This has to be put on the table. This is going to happen. How do you transfer power to Kamala Harris, and quite frankly, how is the fix in on this in the first place?”

Biden forgot the name of his own Secretary of Defense on Monday, and has seemed to return to the form of mental gaffes and forgetfulness he experienced during the spring of 2020. Biden’s memory and acuity had appeared to improve during campaign season, in great part because of a highly limited press schedule and limited public appearances. Now, with the more rigorous daily schedule of a President, he’s at times forgotten his place in speeches and struggled to express himself, no more than two months after entering office.