[VIDEO] Trump Supporters Take the Fight Right to Hillary and Chant ‘Lock Her Up!’ Just Feet Away From Her Front Door 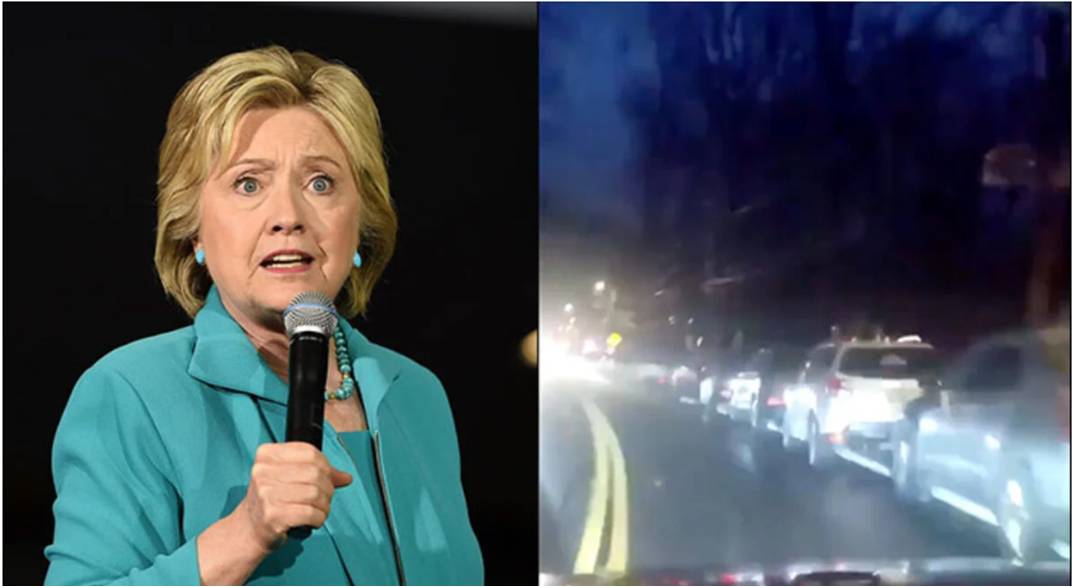 Trump supporters have been pushed to the brink and they are coming out swinging folks.

And they just decided to kick it 2016 style and set their sights on an old foe.

Hillary Clinton has come under Trump supporters sights as they just stormed her home in Chappaqua, NY where they shouted “lock her up!”

It just never gets old!

Trump supporters are at the Clinton’s house in New York, chanting “USA” and “lock her up.” ??? pic.twitter.com/bZiPEwrcds

This is pretty great to see as Hillary really has been high on the hog since Biden was announced as president-elect by our media and rumors are flying that he might put her in his cabinet.

Joe Biden is reported to be considering Hillary Clinton for a role in his administration, with the former secretary of state in the running to become the US ambassador to the United Nations.

Ms Clinton, who lost to Donald Trump in the 2016 presidential election, is “being discussed” as a potential pick for the role, according to the Washington Post.

The president-elect has already begun assembling his coronavirus taskforce, and in the coming months will need to choose the members of his cabinet. Discussions are underway, even as Mr Trump has refused to concede the election, citing voter fraud without providing evidence.

Mr Biden’s team has been vetting potential candidates for top roles in his administration for months, and a number of options are to be presented to him in the coming days.

On Ms Clinton, sources told the Post that the move “would be a way for Biden to highlight the importance of that position in his administration, and that placing her there would raise the prestige of the UN itself at a time when global cooperation and the US role on the world stage, has ebbed”.

The only thing worse than seeing Biden steal this election would be seeing that cow Hillary Clinton back in our government.

Why can’t this woman just retire and move on with her life?

She’s worse than a bridesmaid who’s never the bride.