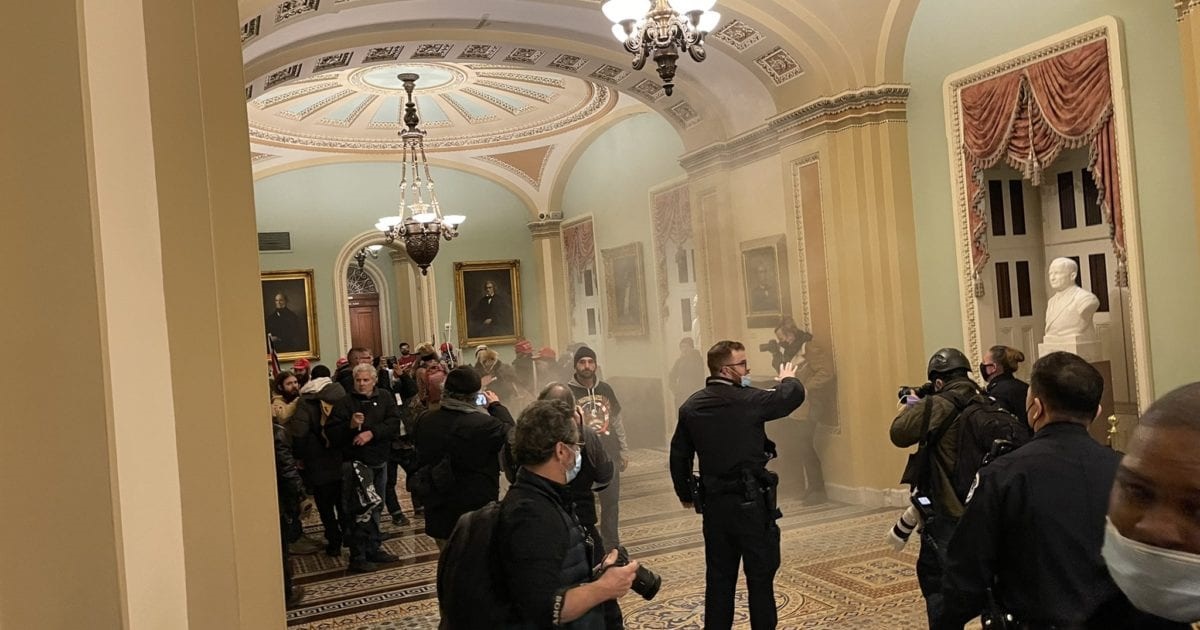 As protestors have breached the Capitol building, several media reports are suggesting that Vice President Pence has been escorted by US Secret Service through an underground tunnel to safety. The Joint Session of Congress is currently in recess as efforts are being made to control the volatile situation in DC.

VP Mike Pence was just evacuated from the Capitol Building by the Secret Service by an underground tunnel, MSNBC and CSPAN are reporting.

The video below shows protesters inside the Capitol building:

BREAKING: Protesters have made their way INSIDE the United States Capitol

Conservative Wayne Dupree is doing an excellent job of covering the situation. Stay tuned. We will update you very soon.

BREAKING: VP Pence has left the Senate. Senate is in recess due to Capitol Hill LOCKDOWN https://t.co/RoePhVK5cS

Fox News host Laura Ingraham is suggesting that the Insurrection Act may need to be instituted:

Insurrection Act may need to be invoked unless the Capitol clears soon.

Here’s a current view from the inside of the House chamber:

Video from the chamber. pic.twitter.com/UKF7MScHKN