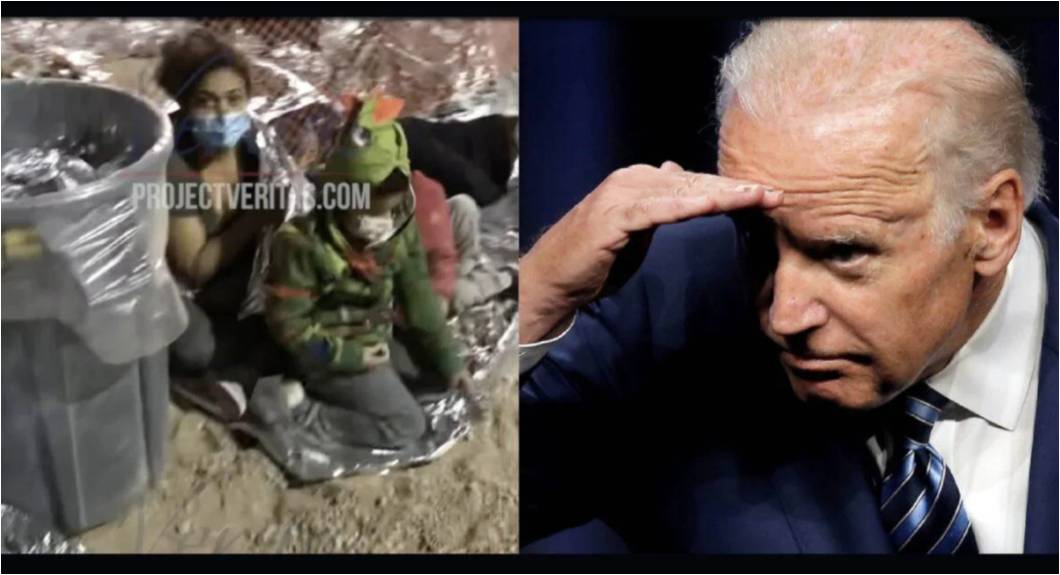 At this point, not sure how Joe recovers from this one…

I have seen a lot of really bad stuff lately from the border – the pictures and videos of the over-crowding situation that we’ve seen despite Joe’s “gag order” on the press, are appalling.

We’re seeing facilities meant to house 200 people, stuffed with over one thousand migrants.

Talk about a “superspreader” ssituation. Are these people being tested for COVID?

But this latest video from Project Veritas may the straw that finally breaks Joe’s back at the border.

The video that Project veritas captured from an inside source comes from Texas, and shows a large group of migrants – of all ages – being housed under a bridge in the dirt.

These people are literally sleeping in the dirt under an overpass. it’s quite shocking, to say the least.

And many of them aren’t even wearing masks – something Joe is a big fan of.

Illegal Aliens “housed” in dirt under a bridge in Texas

Will @AOC say this too is simply a “right-wing talking point?”

Here are up close and personal photos of the dirt-bridge “facility.”

These are some the horrific images of how migrants are being treated at the Southern Border that @JoeBiden doesn’t want you to see. #BodiesUnderBridges pic.twitter.com/T9AwrppzdD

This is a human rights crisis of epic proportions – we’ve never seen anything like this in America.

Not only are we being invaded by foreigners, thanks to Joe promising his “goodies,” but we’re treating these people like farm animals, and possibly creating a pandemic nightmare.

This is a health and border crisis all rolled up into one.

And people who are supposedly so upset over the care of migrants, like AOC, and Kamala, are quiet.

No tears, no outrage, no photo ops wearing all white, and bawling into a fence.

As a matter of fact, neither Joe nor Kamala have any plans to go to the border and look at the mess they’ve created.

This is what you call terrible, and irresponsible “leadership.” But even so, we’re expected to believe that Joe has a “167%” approval rating?

Hogwash. Just more fake propaganda pushed out by the media and Dems.