WATCH: Customer Shoots and Kills Robber At Restaurant In Houston 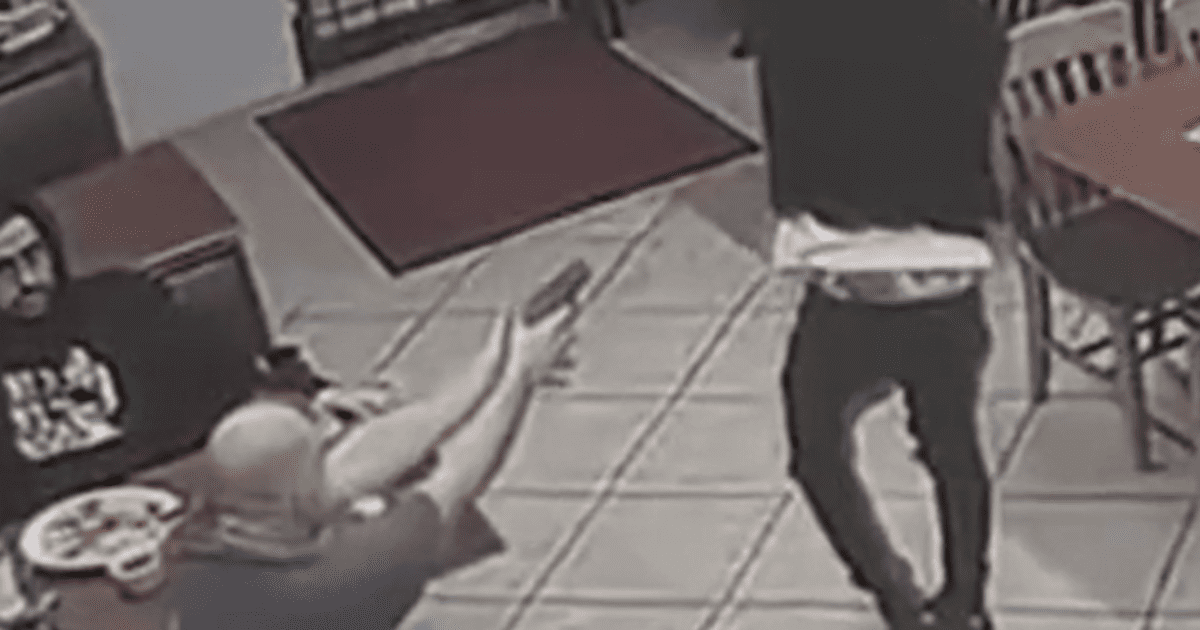 A viral video that is making its way around the web shows a robber at a Houston restaurant getting shot by a customer.

The robber went inside  Ranchito Taqueria in Houston demanding customers and the restaurant workers to hand over their money.

As the robber was about to leave he pointed what appears to be a gun toward one patron who would later shoot and kill the robber.

The New York Post had these details to add:

An armed robber at a Houston restaurant was fatally shot by a customer when he demanded the other patrons hand over their money, authorities said.

The shooting unfolded inside of Ranchito Taqueria around 11:30 p.m. Thursday when a masked suspect walked in the front door, pointed a gun at customers and demanded their money and wallets, Houston Police Department said.

Disturbing footage of the incident shows terrified customers hiding under tables as the robber, dressed in all black, marched around and grabbed their belongings, which some had flung on the floor.

As the robber heads to the door to leave, a patron sitting in a booth suddenly stands up and opens fire on the suspect with a handgun, video shows.

The customer can then be seen shooting him in the back four times before the robber collapses to the ground.

A robbery suspect is dead after a customer he was trying to rob shot him multiple times, according to police.

The Houston Police Department is currently looking for that customer. He’s not charged, but they want to ask him questions; questions that a lot of people have been asking on social media.

“One of the reasons that law enforcement is seeking out this individual is to find out whether he was in fear for his life or the lives of the people around him because that’s absolutely essential to a self-defense claim under the law,” KHOU Legal Analyst Carmen Roe said.

Friday night at The Ranchito Taqueria off Gessner in southwest Houston, it was business as usual, as if nothing ever happened. The restaurant was open and the glass door had already been replaced less than 24 hours after a robbery suspect was shot to death.

2 thoughts on “WATCH: Customer Shoots and Kills Robber At Restaurant In Houston”