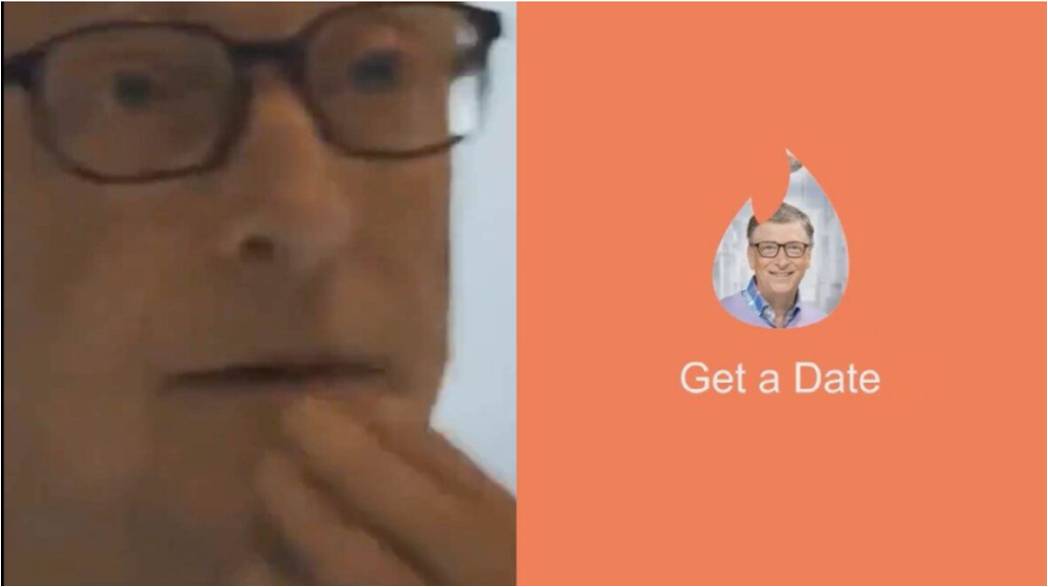 Creepy fake “research scientist and doctor” Bill Gates took to Twitter yesterday where he announced that after 27-long-years, his marriage to his wife Melinda is over.

Here’s what he said:

A lot of people were shocked – after all, this is the guy who wants to tell the rest of us how to live our lives, yet he can’t even hold a marriage together.

Maybe if Bill spent less time trying to “control the population,” and more time on his marriage he wouldn’t be getting divorced.

But, things could be looking up for Bill – looks like he may gave found the true love of his life on Tinder.

At least that’s what this hilarious new parody video suggests.

It’s a match made in the bowels of hell.

Let’s hope that this personal failure of Bill’s is a wake-up call for him, and he stops focusing on pandemics and vaccines and starts looking inward and taking more care of his personal life.

God knows, we’ll all be much better off without him.