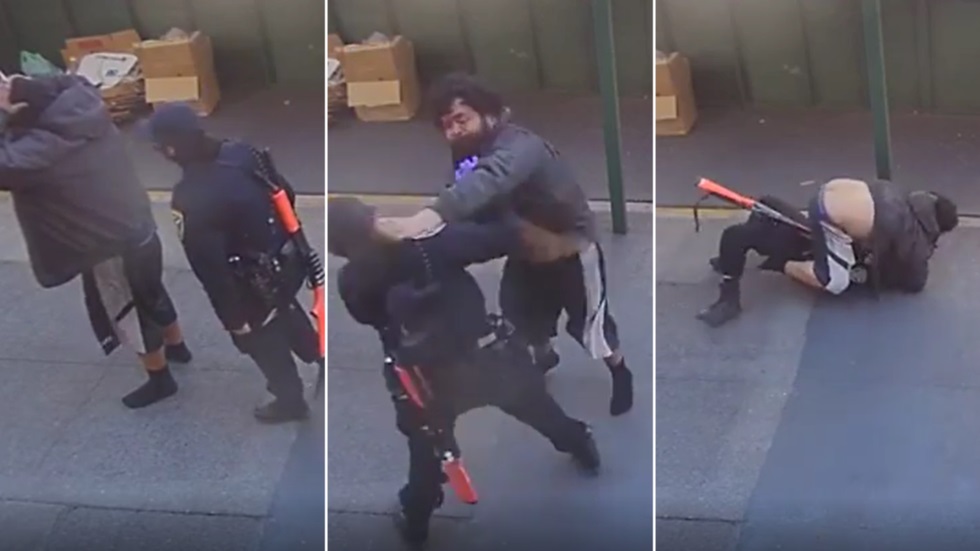 A homeless man suspected of vandalizing property and shouting racist slurs in San Francisco’s Chinatown was filmed attacking an Asian police officer as she approached to detain him.

The incident happened near Portsmouth Square on Friday night, but videos of the scuffle shared online on Sunday show how the incident unfolded, as a female officer attempted to detain a heavily-built male suspect without any backup.

At first, the man seems to be cooperating, but as the officer approaches and puts on her gloves, he suddenly turns around and grabs her. After struggling for several seconds, he easily pins her to the ground.

Multiple bystanders rushed to help the officer, and it took as many as four people to subdue the suspect, before backup arrived around a minute later.

A post shared by SF Streets aka Streets (@sfstreets415)

The officer was injured and transported to the local hospital, but her wounds were non-life threatening, according to local media reports.

The suspect has not been identified, but according to witnesses, he was a homeless man who had been vandalizing rental scooters and yelling racial slurs at Asian passersby earlier in the day. After receiving a warning from police, he refused to leave the area, and attacked the officer when approached again several hours later.