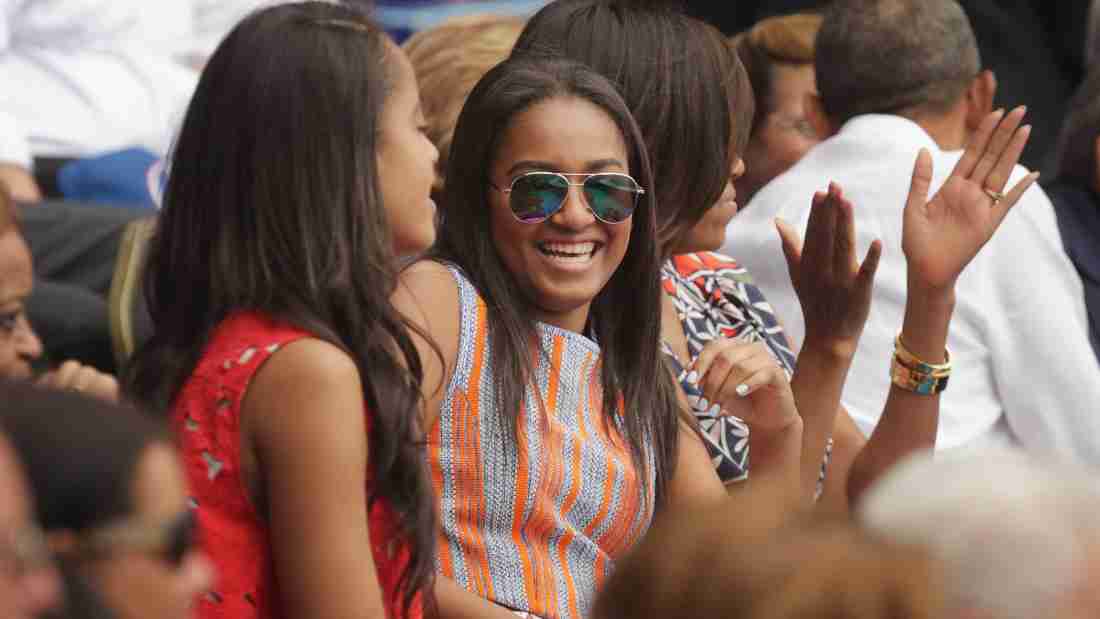 Twitter users gushed over a series of TikTok videos appearing to star Sasha Obama dancing and rapping to City Girls on October 25. Obama, the youngest daughter of former President Barack Obama and first lady Michelle Obama, was applauded not only for knowing all the lyrics to Moneybagg Yo’s “Said Sum” but for her killer dance moves.

Obama, 19, who’s a student at the University of Michigan, appears to be having a great time in the TikTok videos which quickly went viral. The videos were originally posted on TikTok by the account @cakethatsmg.

While the videos were quickly deleted from the TikTok app. They continued to go viral on Twitter.

I thought I was tripping when I saw Sasha Obama in these but it’s definitely her, idk why they deleted them they weren’t that bad pic.twitter.com/lNVtSjwUzX

Twitter filled with comments of support. One person tweeted, “Seeing Sasha Obama recite City Girls lyrics brings so much joy to my heart.”

Users online loved seeing Obama having a good time with her friends and living the life of a normal teenager. One woman tweeted, “i went from having a crush on barack obama when i was younger to having a crush on sasha obama now.”

Obama’s older sister, Malia Obama, 22, is in her fourth year at Harvard University.

Even though the youngest Obama daughter does not have her own public social media account, she nearly broke the internet when her prom photos went viral in 2019. With the then 17-year-old wearing a form-fitting black dress with spaghetti straps, had hair relaxed straight down, and rocked big silver hoops — it was clear that Sasha was no longer the baby of the family, she has grown up into a lovely, mature young woman.

Obama’s new look drew many comparisons online to older sister, Malia Obama, who was also on hand to take pre-prom photos, as was their mother Michelle Obama. However, the question on everyone’s mind: Who was the lucky man to take the 44th president’s daughter to Sidwell Friends’ 2019 Prom?

The young man who escorted Obama to prom was Chris Milton, who looked extremely dapper in a black and white tuxedo, raising the stakes by donning a black bow tie.

While Sidwell Friends is a highly selective private school located in Bethesda, Maryland, it appears her prom date hails from Middleton, Ohio. Milton’s older brother, Travis, proudly posted of his baby brother’s prom photos on his Facebook page, with the caption, “CONGRATS to Chris and Sasha Obama 2019 Sidwell Prom. Hanging out with the First Family… PRICELESS!!”

Aug 16, 2022 Morgan
Thanks for subscribing! Please check your email for our latest news.