Watch What Would Happen If We Nuked the Moon 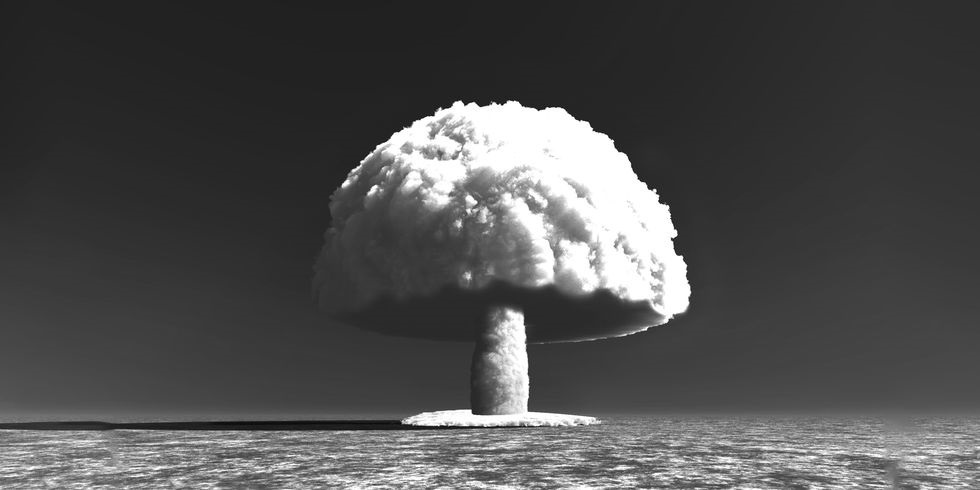 Yes, the Air Force actually once wanted to do this.

A new video from the YouTube science channel Kurzgesagt tackles a very serious question: What would happen if we nuked the moon?

The science channel runs down a scenario in which a massive thermonuclear device is detonated on the surface of the moon, and what that would mean for astronaut observers, orbiting satellites and space stations, and even people on Earth.

The thought experiment is actually a large scale version of a scenario the U.S. Air Force once contemplated during the heady, anything-goes days of the Cold War.

The video proposes a detonating a 100-megaton thermonuclear device on the moon’s surface. That’s twice as powerful as Tsar Bomba, a 50-megaton bomb Russia detonated in 1961. The explosion was so intense, it was capable of inflicting third-degree burns at a distance of 62 miles and shattered windows at 560 miles. Nobody ever attempted anything like it again.

The lack of an atmosphere on the moon, the video explains, would cause several key differences between an Earth-based explosion and a moon-based one. Not only would there be no mushroom cloud or city-shattering shockwave, but anyone viewing the blast would likely get a fatal dose of ionizing radiation.

“Unfortunately,” the narrator says, “there is hardly any safe viewing distance for a nuclear explosion on the moon.” (Bummer. That would look pretty cool.)

The explosion would also likely create a shotgun-like blast of moon debris, as lower gravity makes it easier for moon rocks and dust to easily escape the moon’s gravity. This would be ejected into space, but also strike Earth, creating micrometeor showers visible in the night sky. Those same micrometeors would also be a hazard for satellites and space stations.

As crazy all of this sounds, the U.S. Air Force actually briefly considered nuking the moon. For real. The service commissioned “A Study of Lunar Research Flights,” known to history as Project A119, which considered a Hiroshima-sized explosion on the far side of the moon that would briefly illuminate Earth’s natural satellite.

According to the Guardian, the Air Force approached one of the study’s authors in 1958, urging him to fast-track publication. Such an event, the study noted, would be done for “scientific and military” purposes, but also for political reasons.

The Soviet Union’s launch of the Sputnik space satellite in 1957 shocked the world, especially the U.S., and Air Force officials were likely looking for dramatic ways to recapture the lead. A nuclear moon test would be a considerable feat in the areas of nuclear power and rocketry, confirming America’s leadership in both areas.

Fortunately for everyone, the Air Force never acted on the study. As a British nuclear historian quoted by the Guardian wisely notes, such a demonstration would have been “obscene.”