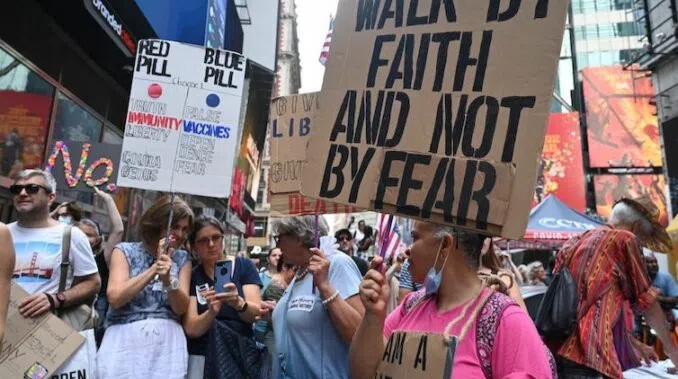 Thousands of citizens took to the streets of New York City to protest the ‘New World Order’ on Saturday in opposition to Biden’s unconstitutional vaccine mandate.

1000s take over Time Square in NYC for the protest against the mandatory shot. At the world Freedom rally #NYC #Corona #freedomrally pic.twitter.com/l1OY43nVTc

“We will not comply!” the massive crowd chanted.

1000s gather at Time Square in NYC for the world Freedom rally, the protest against the mandatory shot
They chant ” WE WILL NOT COMPLY ” #freedomrally #vaccine #NYC pic.twitter.com/vJDT2J1CUw

Blacks, Latinos, Asians and Whites chanted “no vaccine mandates!” as they marched in The City.