“We Will NEVER EVER Concede – Because You STOLE THE ELECTION! And You Brag About It!” – Steve Bannon Goes Off on Lying Democrat Impeachment Team (VIDEO) 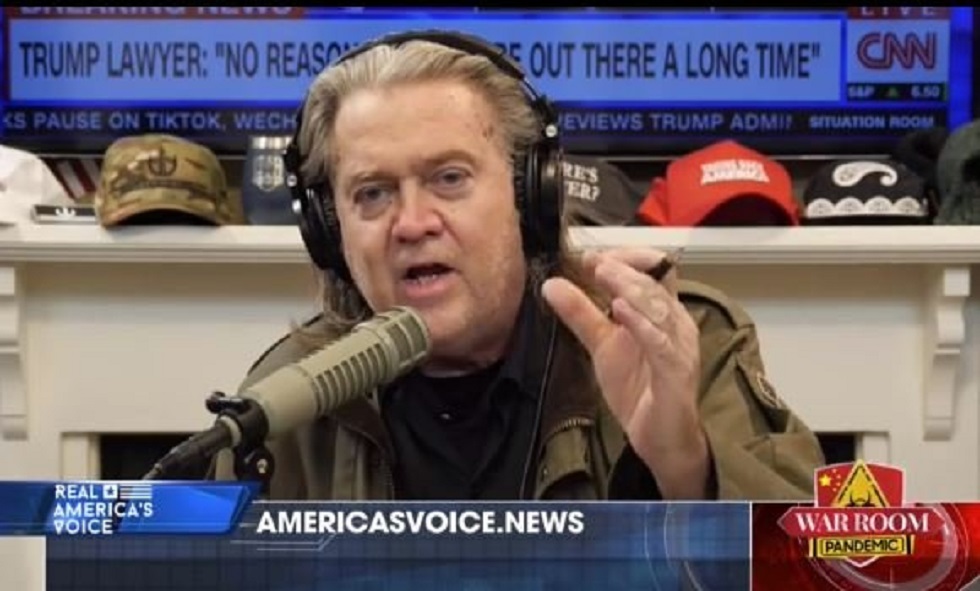 Steve Bannon WENT OFF on the Democrat Impeachment team after they admitted on Thursday that they are using the US military in Washington DC to enforce political speech.

Bannon promised Democrats Trump Nation will NEVER, EVER concede because Democrats stole the election — And then bragged about it on the cover of TIME Magazine!

Stephen K. Bannon blasted Ted Lieu after he said the quiet part out loud: the Democrats are using the military to enforce political speech.

“Sir, you are a liar,” Bannon said. “If that is the truth, then you have lied about why the troops are there.”

On Thursday during the impeachment trial Lieu said “the National Guard troops in full body armor still patrol outside” because President Trump hasn’t said the words “the election was not stolen.”

“This is state power for crass political reasons to go against the Constitution of the United States,” Bannon said.

“Sir, let me make sure you understand something. Ted Lieu and Nancy Pelosi and Joe Biden and every distributor and Twitter and all of it: We will never concede,” he said. “We will never say this election was not stolen.”

“We will never ever ever ever concede. Do you understand that?” Bannon added. “And you know why? Because you stole this election and you bragged about it on the cover of TIME magazine.”