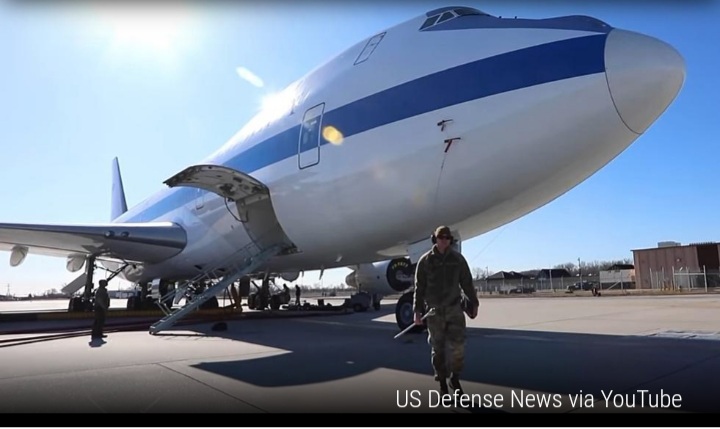 It’s probably no big deal, but I can confirm that the “Doomsday Plane” just flew over Missouri and Illinois. There is a mystery as to what it was doing and exactly where it was going.

I saw this story on The Drive. The plane is the U.S. Air Force’s E-4B Nightwatch. It’s one of 4 planes the US military has that is meant to give Strategic Command an operating government in the event of a nuclear attack or something equally catastrophic. In other words, doomsday. Here’s what was shared on Twitter showing one of the doomsday planes as it flew over Illinois and Missouri.

The trip has been described as “highly unusual” compared to the normal routines of the E-4B planes.

According to Twitter, the Secretary of Defense traveled to Alaska after the stop in Nevada.

Why was one of the doomsday planes flying over Missouri and Illinois today with stops in Nevada then Alaska? There’s no way to know unless your security clearance is a lot higher than mine. Sightseeing trip from the Midwest to Nevada then some fishing in Alaska? Could be. Or, it could be that “the man” is concerned something bad is about to go down. Let’s settle on that fishing trip theory.