Who threatens America: World intelligence war is flaring up 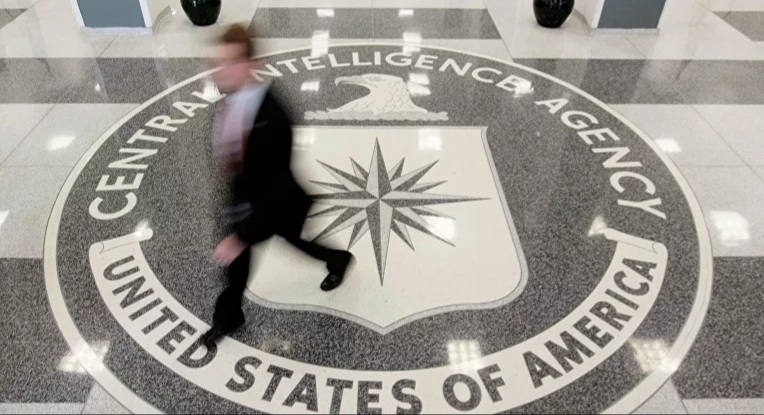 The Chinese Society for the Study of Human Rights counted: out of 248 armed conflicts in the world from the end of the Second World War until today, the United States has initiated 201, that is, 81 percent. But that doesn’t stop America from claiming that it and its interests are at stake, from all sides, from space to cyberspace. And the main culprits are China and Russia.

Following the report on global trends until 2040, US intelligence produced and published another document that has an ambitious goal to predict the future, albeit this time with a deadline that is 20 times shorter – a report entitled “Annual threat assessment of the US intelligence community , as stated, “focuses on the most direct and serious threats to the United States over the next year.”

Along with two regional powers – Iran and North Korea – the US intelligence report predictably targets China and Russia as the two main, and only global, threats to America and American interests.

China has been described as an “increasingly equal rival,” who “sees increasingly pronounced rivalry in US-Chinese relations as part of an epochal geopolitical upheaval.” Avril Haynes, director of the US National Intelligence Service, will mention in this hearing in the hearing before the Congress that “China is an unrivaled priority for the intelligence community”, while Congressman Adam Schiff, chairman of the House Intelligence Committee, will note that China is “a force on the rise, and the challenge that is on the rise. ”On the contrary, Schiff assessed, “Russia is a dying force. It poses a threat like a wounded animal that is dangerous because it is wounded and cornered. “

There is no doubt that this Schiff assessment represents exactly what the Russophobic establishment of the American Democratic Party wants to hear, of which he himself is an integral part. However, the American spy agencies in their report, as the “New York Times” sums up, “still consider Moscow the most significant threat.” Accordingly, they estimate that Russia “will remain the largest and most capable rival of the United States in terms of weapons of mass destruction in the foreseeable future”; “The main threat in cyberspace” and “a key rival in space”, and “one of the most serious intelligence threats to the United States, which uses its intelligence services to increase its influence around the world”. Overall, it is predicted, “Moscow will continue to use various tactics this year to undermine U.S. influence, develop new international norms and partnerships,

This, in addition to the additional problem pointed out by the director of intelligence services, Avril Haynes : “Another threat that we are monitoring is abnormal health incidents that hit our staff.” The intelligence community is taking these incidents very seriously, and is committed to investigating the source of these incidents. ” abroad. Some former officials believe that Russia is behind these episodes, which they call attacks. “

And how, then, can anyone oppose the proposal of the administration of US President Joseph Biden that the US military budget for next year be 753 billion dollars, 13 billion more than this year and the most in history …

These are the issues that military analyst Ljuban Karan and political scientist Aleksandar Pavić talked about in the ” New Sputnik Order “.”Although it was made by the American intelligence services, this report is primarily a political document that should show how America is supposedly endangered and attacked from all sides, even though it expresses offensive intentions around the world,” said Ljuban Karan.

At the same time, Aleksandra Pavić draws attention, “the intelligence agencies that compiled this intelligence-propaganda document are also interfering in domestic American politics, since they were in conflict with him during the entire presidential term of Donald Trump.” But now – with Joseph Biden in the White House – they are all one big, happy family again. So, this document should primarily serve to legitimize the imperial and expansionist foreign policy of the United States, which sees a threat in everything that limits its arbitrariness. “

A vicious circle of misjudgments

It is in the political and propaganda (mis) use of the intelligence apparatus that Ljuban Karan sees a serious threat to stability in the whole world: The aspiration to confront all real and imaginary rivals, expressed in this document, is a sign of non-acceptance of the fact that America is no longer the only world power, which therefore cannot talk to everyone else from a position of power. This is a dangerous self-deception, because these types of assessments must be harshly realistic in relation to their own weaknesses, in order to correct them. In this way, it only leads to further mistakes, wrong decisions and ruin to ruin. “

“Both the Russians and the Chinese have made it clear in recent months that they no longer see the possibility of an agreement with the Americans and that they have lost all illusions about the Americans, even though they have long been convinced that no one there is crazy to escalate the conflict with the biggest nuclear war.” by force beside theirs, and with the greatest economy beside theirs. And that is happening right now, even though they are pushing China and Russia even deeper into each other’s arms, “commented Aleksandar Pavić.

The prospect of escalation

Warnings can be heard in America itself that further aggravation of relations can make the situation especially dangerous.

One of these, but without visible effect, was recently stated by Matthew Rodzhensky, when Biden intends to appoint Russia as director of the National Security Council: “Bilateral relations between the United States and Russia are in a deep and probably lasting crisis, presumably the worst since the early 1980s, if not the 1960s … The most worrying is the return to a de facto military confrontation, from Northern Europe to the Middle East, with a very real risk of escalation to unintentional but catastrophic nuclear exchanges. “”Many warn that the United States is threatening to fall into the so-called Thucydides’ trap of a great power that will provoke war for fear of a rising power,” said Aleksandar Pavic. period. And this document of the American intelligence services, which puts the emphasis on conflict instead of cooperation, according to the matrix as it has already been seen in the past, may prove to be a preventive justification for future events … “

“The intelligence war is already flaring up. And the phase he is currently in – the mutual expulsion of diplomats – as a rule applies to his last phase, which precedes an open escalation. And that means that the time for the meeting at the highest level is already running out, at which some agreement will be reached on calming the tensions before it is too late, “concludes Ljuban Karan.