Why is Biden releasing thousands of Covid-positive migrants into the country? 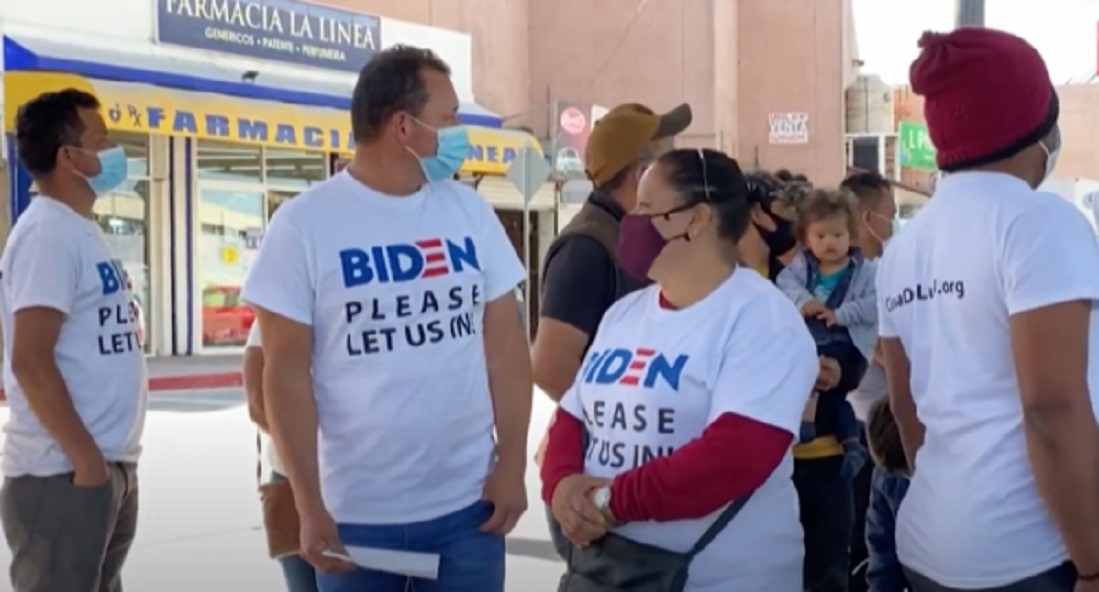 The answer to that question may be in his absurd speech on Thursday when he said “we may have to reinstate the lockdown restrictions” if… If what?  What if the migrants the Biden Administration is allowing to come across the southern border without being tested, even if showing symptoms, then given bus tickets to any American city they hope to reach, is a grand plan to spread this flu throughout the country again in order to reinstate all the unconstitutional restrictions to which millions of Americans willingly submitted?  Chances are that the powers that be never dreamed so many people would give up their freedom to work, shop, eat, go to movies, vacation, have their kids in school, etc. without a fuss… but they did.

The carefully calculated, thoroughly propagandistic fearmongering the media has done over the past year in service of the left was embarrassingly effective.  Too many Americans have lost the ability to question authority and have accepted the covid “mandates” as if we are all subjects of a benevolent oligarchy.  Nothing could be further from the truth.  This past year has been about several things:

(1) defeat Trump by any means necessary, no matter how illegal;

(3) convince the citizens of the world that this flu is a death sentence so they will comply with any and all restrictions on their basic freedoms;

(4) proscribe any and all existing effective treatments for this flu – HCQ, Ivermectin, for example, both inexpensive and widely available;

(5) make disobeying any of the mandated restrictions a crime; maskless people and those who choose not to be vaccinated, must be rendered outcasts and/or criminals.  That pretty much sums up where we are today.

The left thinks it has won and it seems perhaps they have but as usual they are overstepping.  So jubilant at their bare majority in the House and Senate, they seem to think they’ve achieved power in perpetuity.  They successfully rigged the 2020 election, blatantly, and got away with it.  If they pass their HR-1, the “election reform” bill, they will have cemented vote fraud in stone.  That’s their plan.

And how easy it will be since they have at least half the population scared to death of a manipulated seasonal flu, ready to cower in self-quarantine to survive.  The teachers’ unions have successfully won billions of dollars in “covid relief” without ever having to go back to work.  They want to make virtual school the new normal!

And these are the people, like the ever-invidious Nancy Pelosi who are always claiming their every move is “for the children.”  Yeah. Right.  They could not care less about anyone’s children but their own.  They’ve proven that over and over and over again.

At this moment they are importing hundreds of thousands of migrants from all over the world through the now porous southern border that Trump had gained control of, many of them with Covid.

They desperately want to re-impose all the lockdown restrictions.  They are drunk with power over our daily lives.

But here’s the thing!  Covid is no death sentence.  It is preventable and treatable with inexpensive drugs that have been around for decades.  The vaccine is unnecessary.  They are not even vaccines in the true sense of that word.  These vaccines are actually “hacking the software of life.”  Masks are unnecessary and actually dangerous. The lockdowns were just a purposeful power grab to punish all the small businesses who the left assumed supported President Trump who had so successfully energized the economy.

They are basking in their success at stealing the election, putting millions of Trump supporters out of business.  They’ve further ramped up racial divisions even beyond Obama’s wildest dreams and thoroughly tanked the economies of California and New York.

China, the “man behind the curtain” of all of this, is laughing its way to global domination with the obedient acquiescence of the Biden administration and his party that is clearly willing to sell out the United States for their own personal financial gain.

Biden, or whoever is calling the administration’s shots, is sending migrants into the vast reaches of the American interior on purpose.  It’s part of their plan to create a new covid surge so they can then shut us all down again.  Will we the people stand for a replay of what was an effective coup d’etat?

As the Democrats plot to disarm those of us who revere the Second Amendment, they may be skating on thin ice, overplaying their ill-gotten hand.  But their agenda is obvious.  The handwriting is on the wall people.  The leftists have a plan and they are sticking to it.  Now is the time for all good people to come to the aid of their country.