Why Liberals Are So Scared of COVID, But Not Nuclear War… 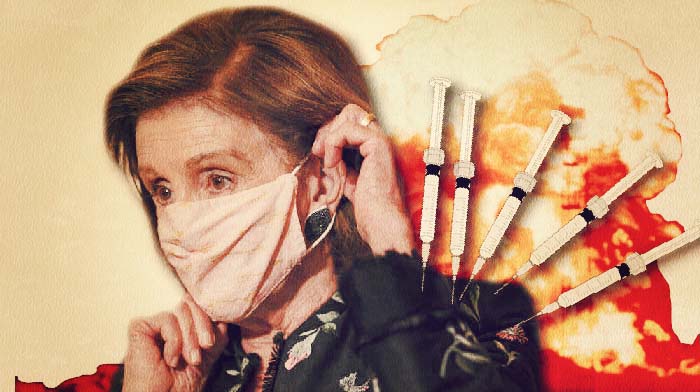 This morning I saw the most perfect tweet ever written. Well, maybe not the MOST perfect, but pretty damn close. Anyway, I thought it was so spot-on, especially given what I am seeing online, so I wanted to share it with you.

As you know we’re edging closer and closer to Nuclear war, and it’s starting to feel like the USA is the one pushing us closer to the red line. Joe Biden has been funding this proxy war against Russia, and obviously, Russia is fully aware of that.

Then we had the very suspicious pipeline vandalization, in which most people with half a brain left believed the US was behind the attack. Next, the Crimea bridge blew up… again, it feels like the US probably had a hand in that as well.

The CIA has been busy little bees.

The US feels very much like the puppet masters, and Zelensky is our marionette. Not to mention all the things Joe Biden has said to fan the flames. Remember when he called for a “regime change” in Russia? He also said we’d have boots on the ground in Ukraine when this thing first started. Many people chalk this up to Joe’s dementia, and I think they’re right, but with a twist.

The bottom line is that Ukraine is a playground for the globalist elites, and they will do anything, and risk anybody’s life to save it from falling into the wrong hands, and yes, that even means WW3 and possibly nuclear war… and you’d think the left would be horrified about this, right? After all, these are the people who were frothing at the mouth for 4 years, claiming President Trump would get us nuked, right?

Well, surprisingly, it’s the exact opposite. The left seems downright giddy at the idea of WW3… they’ll do anything to get rid of Putin, their “Dr. Evil” villain, who most of these brain-dead leftist zombies still believe “stole” the 2016 election… I mean, if it takes a few nukes to do that, so be it.

This is their nonchalant, very “meh” attitude about nuclear war, and they couldn’t be more thrilled about the prospect of WW3.

Trust me, these people are absolutely insane:

These are the same people who wear masks, alone in their cars and take 26 booster shots to fight off a virus with a 99.8 survival rate. These are dullards who would sit dutifully in “circles” 6-feet away from the person next to them. As if germs can’t travel 6 feet 1 inch or something. Suddenly, these scaredy cats are nuke Badasses.

And that leads me to this awesome tweet that I happened upon. It’s gone viral, and when I show it to you, you’ll understand why.

Here’s what fitness guru John Durant said in his tweet: “There’s a very weird group of people who are deathly afraid of covid but nonchalant about nuclear war.”

There’s a very weird group of people who are deathly afraid of covid but nonchalant about nuclear war.

“My understanding is that if one is fully vaccinated, wears a mask and maintains social distancing from the atomic explosions that one is immune from the effects of nuclear war.”

“They’re just following what their TV tells them.”

“They destroyed our nation over a flu but are cheering on a nuclear war. Stupid people making stupid decisions because stupid leaders have them convinced about stupid ideas. We live in stupid times.”

“They’ll be fine bc they have their masks.”

“This is tweet the entire world needs to see”

“Fear is actually a scarce resource. If you use all of yours up on one thing, you have none left for others.”

“The 6th jab protects you from nuke fallout.”

The best advice I can give is to make sure you vote straight R ballot in November. The quicker we get these nuts out of office, the safer we’ll all be.

One thought on “Why Liberals Are So Scared of COVID, But Not Nuclear War…”