Wild: Knife Wielding Man Gets Shot By Police Officers After Beating And Threatening His Own Mother With A Knife! 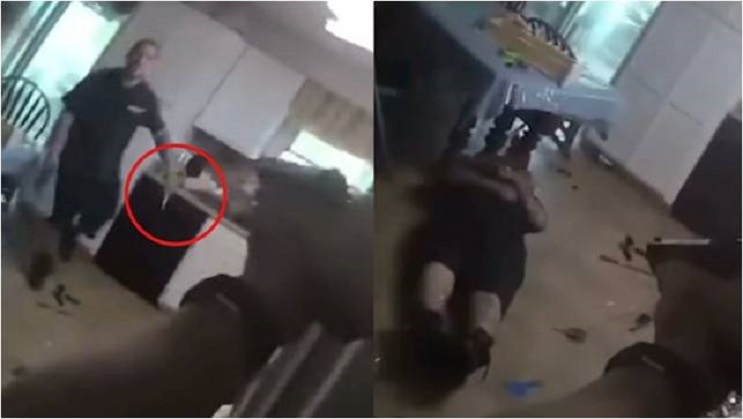 Baltimore, Maryland — On May 4, at approximately 4:00 p.m., officers with the Baltimore County Police Department responded to a home on Boundbrook Way for the report of a physical domestic disturbance.

The 911 caller stated that a man, later identified as Ralph Picarello III, was inside the home throwing items at a family member.

Once on scene, officers were informed that Picarello also held a knife to a family member and himself.

While officers were inside the home speaking to Picarello, he picked up a knife and carving fork. Officers gave commands to drop the knives, but Picarello did not comply.

Picarello then moved quickly towards officers with the knife and carving fork. One officer deployed their taser and Officers D. Manning. and L. Pellegrino discharged their firearms, striking Picarello.

Picarello was later pronounced dead on scene. No one else was injured during, the encounter.

One thought on “Wild: Knife Wielding Man Gets Shot By Police Officers After Beating And Threatening His Own Mother With A Knife!”