Will Trump Become Speaker of the House and Impeach Biden? Here’s Bannon’s Prediction! 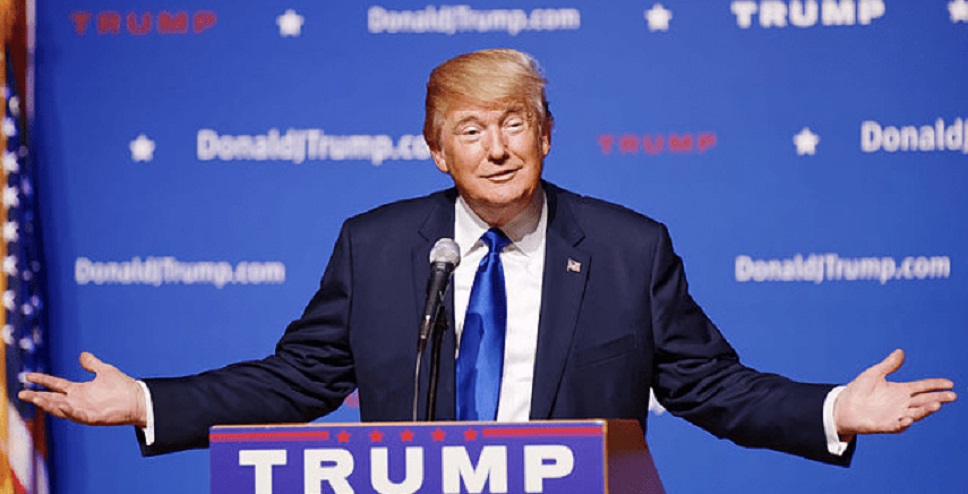 Could karma be coming around for the dishonest Democrats?

It definitely looks that way, according to Steve Bannon!

Bannon, of course, was one of Trump’s key advisors throughout the 2016 campaign.

He has remained a formidable force in politics and has keen insight that many compare to Andrew Breitbart himself.

Bannon is predicting that Trump could run for the House as a Representative from Florida in 2022.

If so, Trump could become Speaker of the House, replacing Nancy Pelosi…

And he could spearhead the movement to IMPEACH Joe Biden!

What do you think?

Does this sound far fetched?

Or would this be an epic turn of events?

Please let us know in the comments.

We would love to hear your thoughts!

In the meantime… here’s what Steve Bannon had to say.

He doesn’t talk about the prediction in this particular video clip, but look closely at the magazine cover he shows of the Boston Herald.

We totally get rid of Nancy Pelosi, and the first act of President Trump as speaker will be to impeach Joe Biden.

Bannon made these remarks while speaking to Republicans in Boston.

This is why the Boston Herald covered the story:

Former White House strategist Steve Bannon told a group of Boston Republicans that former President Donald Trump will come roaring back in 2024, suggesting he may first be elected to Congress, displace Nancy Pelosi as speaker and launch impeachment proceedings against President Biden.

“Going forward, we can transform the Republican Party into more of a MAGA movement … just immerse the (Make America Great Again) movement with the Republican Party, and we’re going to have massive victories in the future,” Bannon said in a Lincoln Day Breakfast speech.

During his talk to the West Roxbury Ward 20 Republican Committee on Saturday, the same day Trump was acquitted by the Senate in his impeachment trial, Bannon even floated the idea of Trump becoming speaker of the House in 2022 and impeaching President Biden.

“Trump is a disruptor, but he has a long-term vision because I absolutely believe in the marrow of my bones that he will be our nominee in 2024,” Bannon later added. “He’ll come back to us. We’ll have a sweeping victory in 2022, and he’ll lead us in 2024.”

Bannon, who promoted the unsubstantiated allegations of widespread voter fraud in the 2020 election and claimed that Trump won, said his strategy is for Trump to run for Congress in 2022 and say he’s running for speaker of the House.

“We totally get rid of Nancy Pelosi, and the first act of President Trump as speaker will be to impeach Joe Biden for his illegitimate activities of stealing the presidency,” Bannon said, leading to applause and hollers from the Boston Republicans.

Bannon told the crowd that they “need to confront this radical Biden administration every day.”

Politics should no longer be thought of as Republicans versus Democrats, he stressed during his talk.

“It’s between populists, nationalists, traditionalists versus these kind of globalists, elites, secular radicals,” Bannon said, adding, “This is what I think the future of this movement is … . We’re going to have a big aspect of disaffected Democrats that start to come over.”

Lou Murray, the chair of the West Roxbury Ward 20 Republican Committee, also said that “more traditionally minded Democrats” will leave the party because of the “radicalism” of Biden’s administration.

What do you think about Bannon’s strategy?

One thing we know for certain: Trump is an unpredictable force to be reckoned with!

If this is how the future unfolds, then karma will definitely be coming for the Democrats!