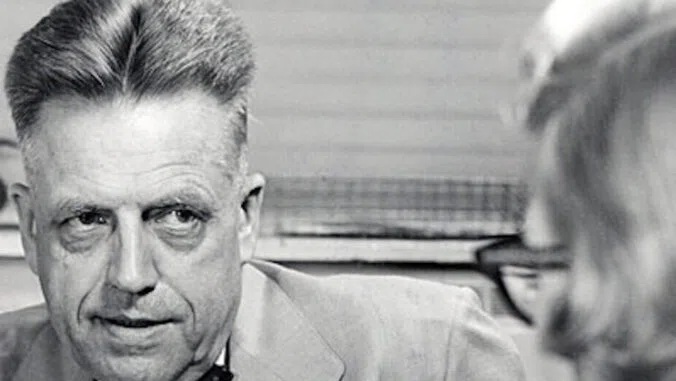 Indiana University has decided to honor one of America’s most prolific child abusers, Alfred Kinsey.

Last week, the far-left university honored the zoologist turned sexpert by erecting a large bronze sculpture of him on the Bloomington campus, marking the 75th anniversary of the institute. As will be made clear, the man was a sado-masochistic, child-abusing, voyeuristic pervert who raped children and animals.

Cnsnews.com reports: Kinsey became quite a star after World War II when he published two tomes on the sexual practices of men and women. According to Dr. Judith Reisman, who wrote prolifically about Kinsey, in the course of his research he sexually abused over 300 children. Kinsey biographer James H. Jones, who received high marks from Kinsey’s followers, admitted that children were masturbated and penetrated by at least one pedophile.

One of Kinsey’s informants, “Mr. X,” kept a record of his sexual achievements. When he wasn’t busy sexually abusing children (600 boys and 200 girls), he managed to find the time to have intercourse with 17 blood relatives, including his own grandmother.

In a review of the 2004 movie, “Kinsey,” New York Times critic Caleb Crain wrote that Kinsey gathered data on “attempts to bring to orgasm boys between the ages of 2 months and 15 years, in some cases over a period as long as 24 hours.”

Kinsey hated Christianity, spending his entire life trying to get back at his Methodist family, especially his father. According to Joseph Epstein, Kinsey was so enamored of his hedonistic beliefs that he blamed Christianity, not libertinism, for the breakdown of the modern family. Furthermore, he labeled celibacy, delayed marriage and asceticism as “cultural perversions,” but not pederasty.

In describing Jones’ biography on his subject, Crain notes that “Kinsey had had affairs with men, encouraged open marriages among his staff, stimulated himself with urethral insertion and ropes, and filmed sex in his attic.”

Speaking of the film, Crain says “the most controversial scene in the movie is Kinsey’s infamous meeting with a sexual omnivore, whose history of sexual encounters with men, women, boys, girls, animals and family members took 17 hours to record.”

No wonder anthropologist Margaret Mead, who had an affair with her equally famous colleague, Ruth Benedict, and an adulterous relationship with anthropologist Edward Sapir, said that in Kinsey’s view there was no moral difference between a man having sex with a woman, or a sheep.

True to form, a year or so before he died in 1956, Kinsey circumcised himself with a pocketknife.

To this day, many pedophiles and intellectuals adore Kinsey. Here is how the nation’s most prominent homosexual child molesting organization, NAMBLA, remembers him on its website (note: there are no organized heterosexual groups dedicated to child rape). The following is a quote from Kinsey’s Sexual Behavior in the Human Female.

“When children are constantly warned by parents and teachers against contacts with adults, and when they receive no explanation of the exact nature of the contacts, they are ready to become hysterical as soon as any older person approaches, or stops and speaks to them in the street, or fondles them, or proposes to do something for them, even though the adult may have had no sexual objective in mind (my emphasis).”

In other words, men who fondle children are not a problem—those who object are. Which explains why Kinsey wrote, “The current hysteria over sex offenders may very well have serious effects on the ability of many of these children to work out sexual adjustments some years later….”

Those who defend Kinsey without knowing about his perverted history are an embarrassment—there is no excuse for their ignorance. Those who know about it and still defend him are moral monsters.

One thought on “’Woke Indiana University Honors a Prolific Pedophile”