Woman Catches Fiancé On ‘Hidden’ Camera With Her Dogs, Immediately Calls Off Wedding 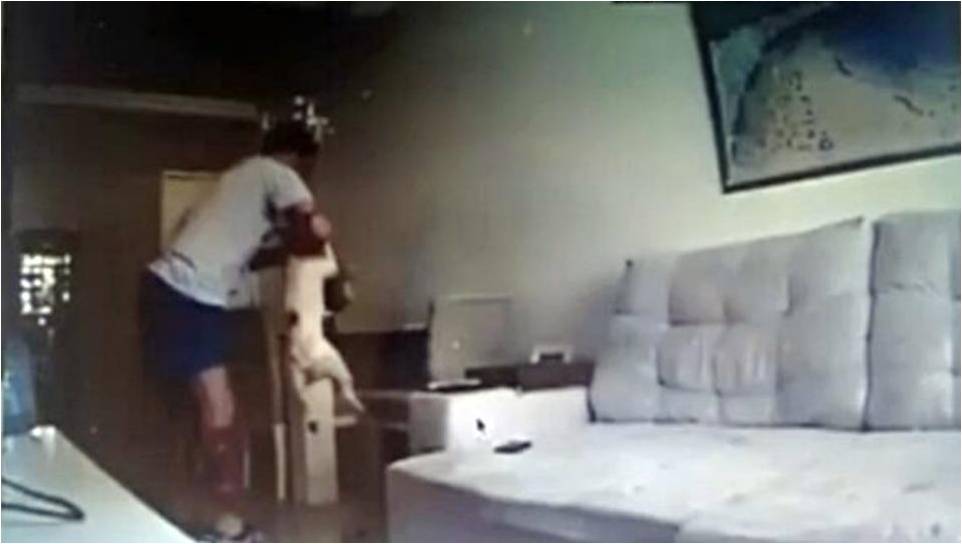 Ninna Madin, from Rio de Janeiro, Brazil, was living a blissful life. At 26, she was planning her wedding to the man of her dreams. Then it all fell apart, once she realized who that man really was.

Ninna has two fur-kids she adores. Her French Bulldogs are her family! Like a good dog mom, Ninna’s happiness is entwined with their happiness. What was once a peaceful household, with Ninna, her two pups and her fiancé, began to change. Suddenly, her dogs were scared of the man in Ninna’s life.

“They became really scared of him. After that, the wounds started to appear and the vet couldn’t explain where they were coming from. That’s when I decided to install a camera in the living room,” Ninna said.

Ninna reviewed the footage and was completely heartbroken. Her hunch was right… but in this case, she didn’t want to be right! Her fiancé can be seen hitting and kicking one of her dogs and grabbing him violently.

The man she was soon to wed was hiding a dark secret. He, in fact, was actually a monster!

Thankfully, her dogs sustained no permanent injuries. But will they ever trust a man in Ninna’s life again?

What Ninna did next took a lot of courage. She posted the video footage online and organized a petition so he would be charged with animal cruelty. Turns out, the man has 7 dogs himself! Ninna’s story and the video footage went viral and her petition amassed more than 30,000 signatures!

The police haven’t charged him yet, but we are hopeful. He’s been on the run ever since Ninna released the story.

Animal abusers can run, but they can’t hide! Not forever! Not in a world filled with dog lovers like us!