WOW! TIME Magazine Admits in Great Detail How 2020 Election Was Rigged Against Trump by Secret Cabal of Wealthy and Politically Connected Elites 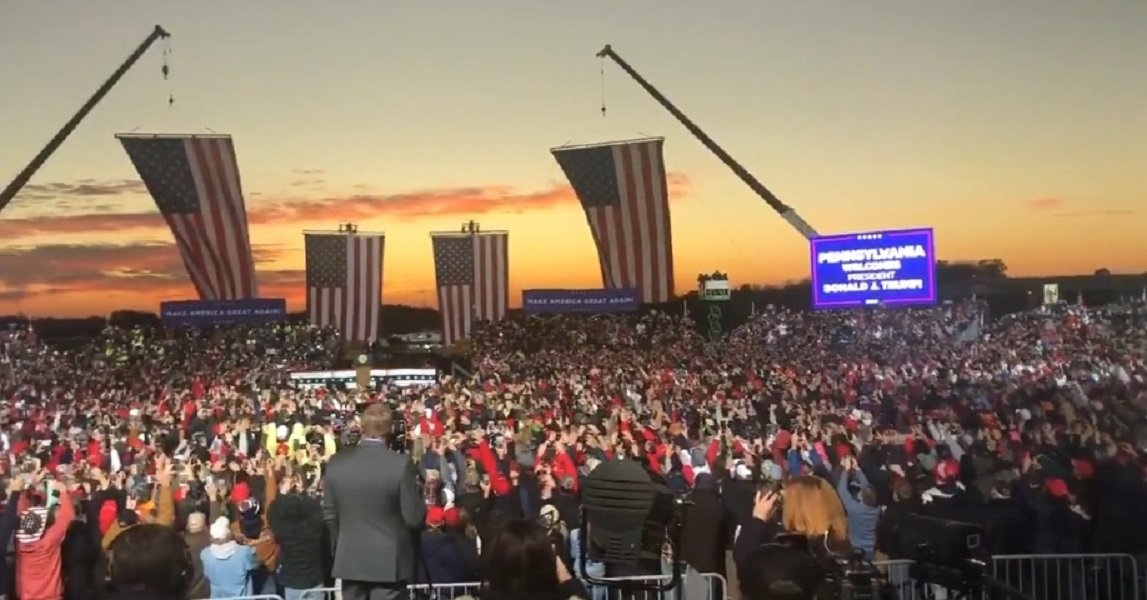 For weeks after the 2020 election President Trump and anyone paying attention argued the election was rigged.

President Trump even warned months before the election that the only way Republicans could lose was in a rigged election.

And today TIME Magazine even admitted in a long and detailed screed by leftist Molly Ball that a secret cabal of wealthy and politically connected elites joined together to rig the election against Trump.

But shit, not like this is a new storyhttps://t.co/RvTT0Kx8IX

The Supreme Court is still scheduled to decide on the illegal moves by Pennsylvania officials before the 2020 election.

The alliance of Trump-haters was even behind the illegal moves by far-left swing state officials to change voter laws without consent of the state legislatures.
TIME Magazine cheers this.

It was the definition of “rigged.”

So were they behind the illegal late-night ballot dumps too?

There was a conspiracy unfolding behind the scenes, one that both curtailed the protests and coordinated the resistance from CEOs. Both surprises were the result of an informal alliance between left-wing activists and business titans.

The pact was formalized in a terse, little-noticed joint statement of the U.S. Chamber of Commerce and AFL-CIO published on Election Day. Both sides would come to see it as a sort of implicit bargain–inspired by the summer’s massive, sometimes destructive racial-justice protests–in which the forces of labor came together with the forces of capital to keep the peace and oppose Trump’s assault on democracy.

The handshake between business and labor was just one component of a vast, cross-partisan campaign to protect the election–an extraordinary shadow effort dedicated not to winning the vote but to ensuring it would be free and fair, credible and uncorrupted.

For more than a year, a loosely organized coalition of operatives scrambled to shore up America’s institutions as they came under simultaneous attack from a remorseless pandemic and an autocratically inclined President.

Though much of this activity took place on the left, it was separate from the Biden campaign and crossed ideological lines, with crucial contributions by nonpartisan and conservative actors. The scenario the shadow campaigners were desperate to stop was not a Trump victory.

It was an election so calamitous that no result could be discerned at all, a failure of the central act of democratic self-governance that has been a hallmark of America since its founding.

Their work touched every aspect of the election. They got states to change voting systems and laws and helped secure hundreds of millions in public and private funding.

They fended off voter-suppression lawsuits, recruited armies of poll workers and got millions of people to vote by mail for the first time. They successfully pressured social media companies to take a harder line against disinformation and used data-driven strategies to fight viral smears. They executed national public-awareness campaigns that helped Americans understand how the vote count would unfold over days or weeks, preventing Trump’s conspiracy theories and false claims of victory from getting more traction.

After Election Day, they monitored every pressure point to ensure that Trump could not overturn the result. “The untold story of the election is the thousands of people of both parties who accomplished the triumph of American democracy at its very foundation,” says Norm Eisen, a prominent lawyer and former Obama Administration official who recruited Republicans and Democrats to the board of the Voter Protection Program.