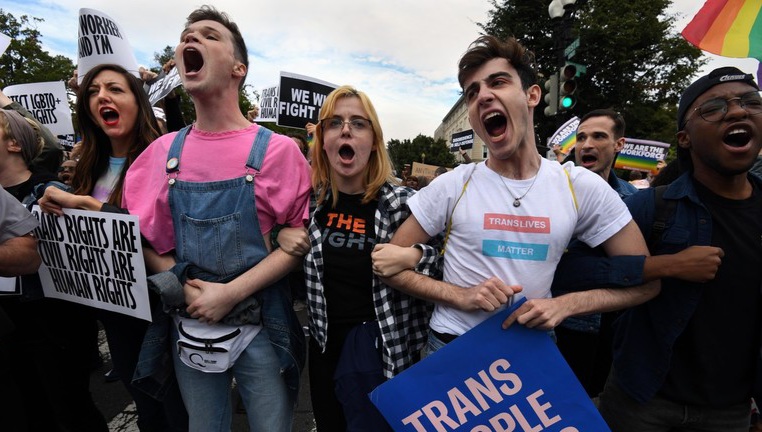 Transgender Americans have been given the option to change the gender that appears on their passports, joining other nations who’ve adopted similar practices. Nonbinary options are also on the way, the State Department said.

Those seeking a gender switch need only submit a new passport application with their desired gender marker, M or F, making the change a simple process, Secretary of State Antony Blinken has announced on Wednesday.

Applicants will “no longer require medical certification if an applicant’s self-selected gender does not match the gender on their other citizenship or identity documents,” Blinken added.

However, the department has yet to determine a way to represent nonbinary or other ‘gender-queer’ options with a single letter, leaving many within the trans community – all 1.4 million of them, according to the most recent US census – frustrated.

Describing the task as “technologically complex,” Blinken said officials were still “evaluating the best approach” for a nonbinary option.

In addition to passports, gender can now also be altered on social security papers, meaning these documents will be seen as legally valid in other countries – indeed, 10 nations already have similar laws in place. Obtaining them will not require the presence of a notary or other official to prove the individual’s identity, however.

The format is already in use by the International Civil Aviation Organization, which allows these passports to be read by machines.

While several publications, such as the New York Times, have reported that the State Department will adopt the “X” used by other countries as a nonbinary designation – including Nepal, Bangladesh, Germany, New Zealand and Thailand – Blinken himself gave no timetable for a third option, nor did he specify what mark the documents would use.

The Biden administration has reportedly held talks with the American Civil Liberties Union to add “X” gender markers to federal documents for those who do not identify as male or female – though it’s not clear what they are supposed to do if the bearer doesn’t identify with “X” either.

On the campaign trail, Biden pledged to provide nonbinary options for IDs and other documents, part of a massive list of LGBT-focused promises. Other vows included protecting “LGBTQ+ individuals from violence,” as well as more ominous-sounding goals, such as calling to “collect data necessary to fully support the LGBTQ+ community.”