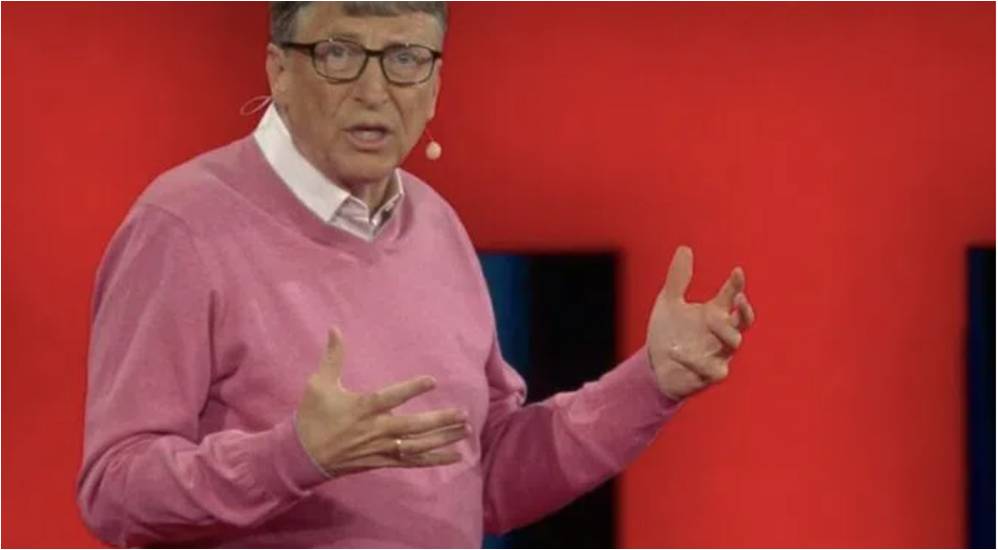 A massive protest is set to take place this week against “eugenicist” billionaire Bill Gates when he arrives at the upcoming TED Talks conference in Vancouver, Canada.

According to the TED Talk 2022 website, the billionaire Epstein associate will give a presentation promoting his book “How to Prevent the Next Pandemic” during his appearance at the conference on April 10.

The Microsoft co-founder and depopulation advocate will also discuss “what it’s been like to become the subject of conspiracy theories.”

Thegatewaypundit.com reports: Gates, the event’s keynote speaker, will be joined by Elon Musk and Al Gore at the sold-out event which will be held at the Vancouver Convention Center.

Musk, a new majority Twitter shareholder who has emerged as the richest person in the history of the world with an estimated $256bn fortune, is glorified by the mainstream as “The Most Badass CEO In America” and a pop-cultural icon.

But like Gates, the SpaceX CEO is endeavoring to spearhead a transhumanism evolution.

The brain chips would be “implanted flush with skull & charges wirelessly, so you look and feel totally normal,” Musk has disclosed.

Neurolink has already implanted artificial intelligence microchips in the brains of monkeys and pigs.

“Musk has previously claimed that Neuralink’s technology could eventually be used to augment humans, potentially enabling people to store and replay their memories like watching videos on computers,” Fortune reports.

Neurolink’s human clinical trials of its brain chip technology are slated to begin later this year.

Multiple convoys and freedom activists are reportedly traveling across Canada to Vancouver to protest Gates, Musk and Gore during the Ted Talk conference including Chris Sky, who has been arrested multiple times while protesting vaccine mandates in Canada.

“What do you think Bill Gates is coming there for, this is what Chris Sky is going to tell you all. He’s coming to tell you all about a brand-new vaccine,” Sky announced in a video published on Telegram, the only social media platform he has not been banned from.

Canada Unity, a Facebook group with over 40,000 members, is also promoting the demonstration dubbed “Super Protest.”

While mainstream media and fact-checkers insist claims that Gates is a eugenicist are premised on conspiracy theories, the 66-year-old business magnate has openly advocated for reducing population growth.

In 2010 during a TED Talk presentation that has been widely circulated during the manufactured COVID-19 pandemic, Gates outlined plans to use vaccines to reduce the rate of global population growth and lower carbon emissions.

“The world today has 6.8 billion people,” Gates said during the talk. “That’s headed up to about 9 billion. Now, if we do a really great job on new vaccines, health care, reproductive health services, we lower that by perhaps 10 or 15%.”