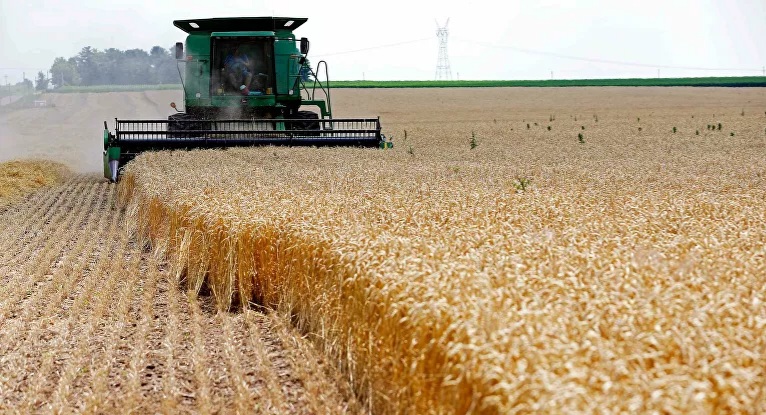 Bill Gates, who co-founded Microsoft, the world’s largest personal computer software company, hit headlines in 2020 after becoming the largest private farmland owner in the US. Other billionaires have been similarly embracing this tax-efficient and generally “safe” investment.

America’s ultra-wealthy are increasingly investing in acres of farmland as they branch out in the search for new investments.

“It’s an asset with increasing value. It has great intrinsic value and beyond that, it is a limited resource,” American Farmland Trust CEO John Piotti was cited by CNBC as saying.

In 2020, tech billionaire Bill Gates became the largest private farmland owner in the US, accumulating more than 269,000 acres. Purchases were made with the help of the Washington-based firm Cascade Investment and a number of shell companies. His farmland, spanning nearly 20 states, is used to cultivate vegetables such as carrots, soybeans, and potatoes, according to the agriculture outlet The Land Report.

The US Department of Agriculture estimates that about 30 percent of US farmland is rented out by owners who serve as landlords and aren’t involved in farming, like Gates. Purchases are often made from farmers who have owned the land for decades and while asset rich, may be cash poor.

“The economic realities for them are typical that they’ve spent their life farming. Their retirement, their equity is all in the land and tied up in selling land,” Holly Rippon-Butler, land campaign director at the National Young Farmers Coalition, was cited as saying by CNBC.

Profits are made from utilising the land in numerous ways. Around 39 percent of the 911 million acres of farmland across the US is rented out to farmers, according to data from the Agriculture Department.

The majority – 80 percent – of that rented farmland is owned by non-operator landlords, who do not farm themselves. “You go buy a farm and you put that cash rental lease in place, you’re going to be looking at about 2.5% return on your capital,” Peoples Company President Steve Bruere said.

“The young farmers are just as happy to lease the land because whether you are young or old, it’s a business, right?” said Thomas Petterfy, chairman of Interactive Brokers.

Peterffy’s estimated net worth on Forbes magazine’s 2021 list of The World’s Billionaires is US$25 billion dollars, ranking him as the 65th richest man in the world. He is also the owner of 581,000 acres.

Fellow multi-billionaires Jeff Bezos and Stewart Resnick are similarly choosing to diversify their personal portfolios by investing in land. Amazon CEO Bezos is in 25th spot, according to The Land Report’s list of top private farmland owners, possessing 420,000 acres, mainly in west Texas.

Wonderful Company co-founders Stewart and Lynda Resnick ranked number three, with 190,000 acres.
American billionaire businessman and philanthropist Resnick bought his first farmland in California in 1978 as a hedge against inflation, in his first step towards building an agricultural empire.

“It’s a good investment… It’s smart, it’s stable, and especially over the past couple decades, it seems to be going up,” said Johnathan Hladik, a farmer and the policy director for the Center on Rural Affairs.