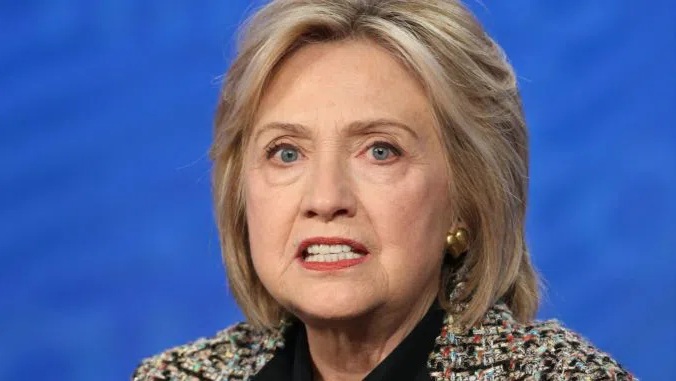 Joe BIden is doing a fantastic job in the Oval Office, according to twice-failed presidential candidate Hillary Clinton, who insists his historically-poor approval ratings are down to Democrats and their PR arm, the mainstream media, failing to sell his supposed “accomplishments” to the American people.

During an appearance on NBC News’s Meet the Press, anchor Chuck Todd told the former Secretary of State that Americans have no idea what the Democrat Party stands for anymore.

“The Democratic Party is in an interesting moment that, to me, looks quite similar to 1990, where Democrats are [debating] what does the party stand for?”

“How far left, how far to the center? You and your husband were on one side of that conversation. Do you see some similarities to that Democratic handwringing in the early 90s?

“Well, I don’t know. I think handwringing is part of the Democratic DNA.”

“That seems to be in style, whether we’re in or out of power,” she said.

“From my perspective, President Biden is doing a very good job.

“I think his handling of Ukraine, the passage of the American Rescue package, and the huge infrastructure package,” she added.

“I’m not sure what the disconnect is between the accomplishments of the administration and the Congress, and the understanding that’s been done and the impact it will have on the American public,” she added.

“We’ve got a great story to tell and we’ve got to get out there and do a better job of telling it.”

Earlier this week, Clinton claimed that the average American does not want to be governed by Republicans “who live in a totally different reality.”

“I always thought the best politics is doing the best job you can do, and there are a lot that Democrats can talk about in the upcoming midterms.”

“I’m aware that midterms are always difficult for the party in power, but we’ve got to start there and do a better job of telling it,” Clinton said.

Last week, Clinton was fined by the Federal Election Commission (FEC) for lying about funding the anti-Trump Steele Dossier that triggered the Russia collusion hoax.