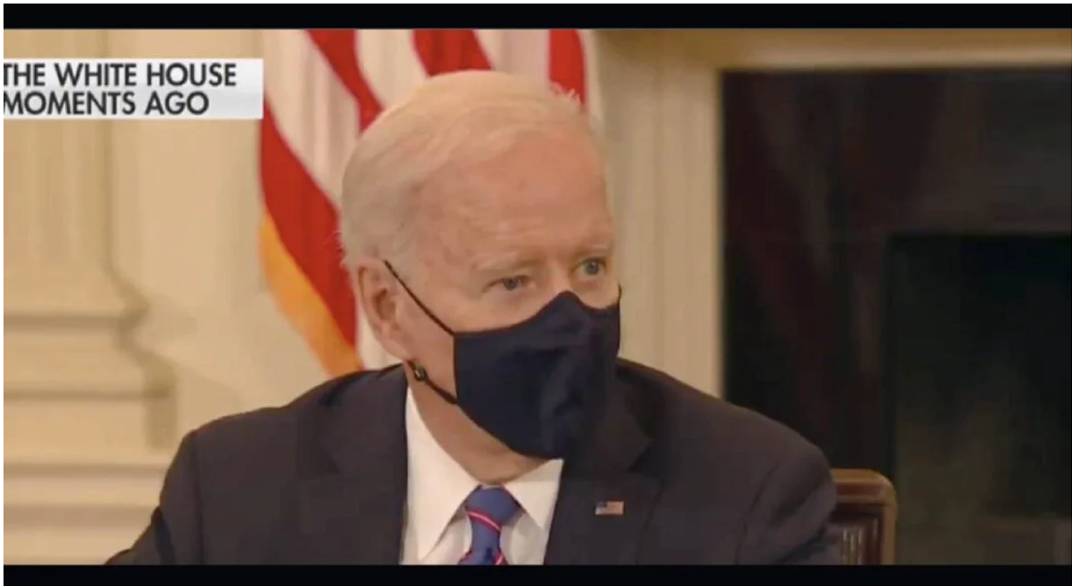 Lights are not on, and nobody is home…

I feel as if I am doing so many pieces on Biden’s decline.

Folks, it’s not hard to find them. They’re literally everywhere.

That’s how fast it appears this man is declining.

The latest comes from an event where Biden was foolishly and laughingly blaming President Trump for HIS border crisis. In addition, the press pool was present, and of course, Biden took no questions and his “handlers” actually sent them away.

This is the tail end of the clip, where Biden, who seems lost and confused asks one of his officials off camera what he’s supposed to do next.

It looks as if he doesn’t even know what he’s doing there.

But it was independent journalist Mike Cenovich whose observation caught my eye. He asked his followers to “look into Joe’s eyes.”

It’s sad to say this, but it really does look like the lights aren’t on and nobody is home.

His eyes are darting all over the place, and he looks lost and confused.

This is not normal, and it’s not a “childhood stutter.”

Look into his eyes. pic.twitter.com/R7O3bpwROn

Here are comments people made about the video clip:

“Sad what they’re doing to this old man”

“Looks around the room confused.”

“Anyone else noticing his very heavy breathing ?”

“Also appears to be hyperventilating. Maybe the useless mask is attributing to his cognitive decline…not enough O2. Science: Masks do harm, not good.”

“His eyes are darting back and forth as if he’s confused while scanning the room.”

“Definitely on some kind of drugs!!”

“Imagine running for president 3 times and you finally get there. Then everyday you have handlers stopping you from even talking out of turn. I feel bad for him. This looks sad to me.”

“Does he even have a pulse? What a Joke and to think 80 million people voted for him, he should be in a home not the Whitehouse.”

“Joe Biden has no idea what’s going on. Who is in charge of the United States?”

“Who’s at the wheel here? Bidens clearly not making decisions, and i doubt Kamalas running the show”

“He’s not there… he’s already at bingo in his mind.”

This is getting to be too much.

Who is running this country, because it’s clearly not this man.