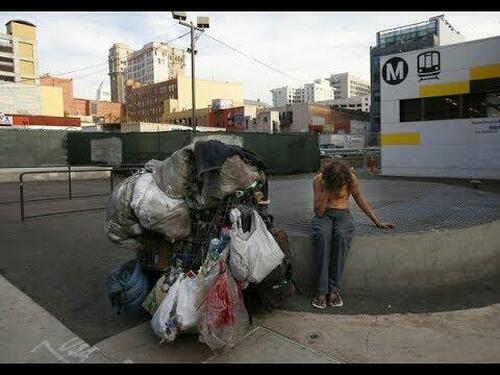 “What the hell is going on?” California Governor, Gavin Newsom

The sun always shines bright over the Golden State.  Even in January.  But, beneath the sunshine, darkness rages in the land of fruits and nuts.

For example, State Senator Scott Wiener – a monster – recently introduced a bill that would permit children 12 and older to be vaccinated against COVID-19 without their parent’s knowledge or consent.  According to Wiener, this bill is consistent with current state law that allows teens to have abortions and obtain birth control without telling their parents.

Yet Wiener’s bill may be finished.  Because his cohort, State Senator Dick Pan, has introduced a bill that would require all children to be vaccinated against COVID-19 to attend K-12 schools regardless of personal beliefs.  Not vaccination?  Then no school.

Perhaps, this is for the best.  Getting kicked out of school at this late stage in the decline and fall of western civilization is a major blessing.  What kid deserves an institutional education from freaks and rejects?

Before we pulled our son out of the local Long Beach public high school, he was learning history from someone that went by Mx.  Apparently, the teacher – a dude with a green beard – was uncertain if he was male or female.  So he used Mx. instead of Mr. or Ms.

This all may seem a little ridiculous, we know.  However, in California, many people are confused about what gender they are.  It’s a real problem.

Several years ago the state Department of Motor Vehicles attempted to simplify things by adding a nonbinary gender designation (X, as opposed to M or F) to driver licenses and identification cards.  But, alas, this further complicated things…

Because if you’re gender X, what locker room do you use when changing into your swimsuit?

All logic was lost to absurdity.

To solve the matter, at least in our local hamlet, the Long Beach Unified School District is using school repair and safety bond measure funds to build high school aquatic centers with all-gender locker rooms.  That way, if you’re confused about your biology, you can don your swimsuit without having to decide what sex you are.

And even if you’re in full agreement with how God made you, you’ll still have to use an all-gender locker room…because that’s the only option.

What could possibly go wrong?

California, no doubt, has been in a worsening state of decay for decades.  Public displays of gender confusion are but one of many signs of degeneration.

The recent rash of flash mob smash and grab robberies and freight train plunderings has garnered what local public officials consider to be unwanted national attention.  Quite frankly, for many Americans across the nation, this offers a preview of what tomorrow will bring.

Zombies may be coming to a city or town near you, eventually.  But in California’s urban centers, the zombie apocalypse is already here.  In fact, it’s been here for many years.

As of 2020, according to something called the Los Angeles Homeless Services Authority, there’s a homeless population in Los Angeles County of precisely 66,463.  For perspective, SoFi Stadium, the posh new home of the Los Angeles Rams, which was constructed in Inglewood several years ago at a price tag of $5 billion, has a capacity of 70,000.

They’re everywhere.  Haphazard urban campsites litter the bank tops of the colossal, concrete Los Angeles River Channel between Downtown Los Angeles and Downtown Long Beach.  Bidenvilles extend along sidewalks and beneath highway bridge abutments.  When you spare a zombie a dollar, they gripe, “that’s all?!”…confirming that price inflation is totally out of control.

The massive army of zombies roaming about the LA LA land paradise – screaming at the air and defecating on residential driveways – has become a significant embarrassment for local leaders.  The massive collection of tents and makeshift shelters has become too much for public officials to ignore.

Is this because the Super Bowl is just a few weeks away or merely a coincidence?

The Mayor of Inglewood, James Butts, said the clearing of Bidenvilles had to do with safety and is part of regular cleanups around the city.  Jass Singh, a local business owner, offered another perspective:

“Finally it’s cleared, they should have done it five, ten years ago.”

Clearing out LA zombie camps before primetime affairs has been a classic playbook for local leaders since at least the 1980s.  One local advocacy group, “Services Not Sweeps”, provided a statement, saying in part:

“This is the same strategy politicians use any time a major event comes to LA, whether it’s the Super Bowl or the Oscars or the Olympics.  They use cops and criminalization to sweep away evidence of their failure to address Los Angeles’ affordable housing crisis.”

Services Not Sweeps has compassionate sentiments.  And while politics certainly caused this manmade disaster, there’s no way politics can fix it.  The fact is, LA’s zombie apocalypse is too great to reverse.  Once a city’s slipped into decay and disrepair, it keeps on sliding.

We don’t like it.  We can’t change it.  Still, there’s an immediate challenge at hand.  Here’s the situation:

Super Bowl Sunday is February 13.  Century Boulevard, between LAX and SoFi Stadium, is roughly 4 miles.  Will Planet Green clear all the zombie camps from this corridor in time?

Consider it a Hail Mary.