AOC: I’m Doing ‘Everything’ To Win Georgia For Democrats So We Don’t Have To ‘Negotiate’ With Republicans 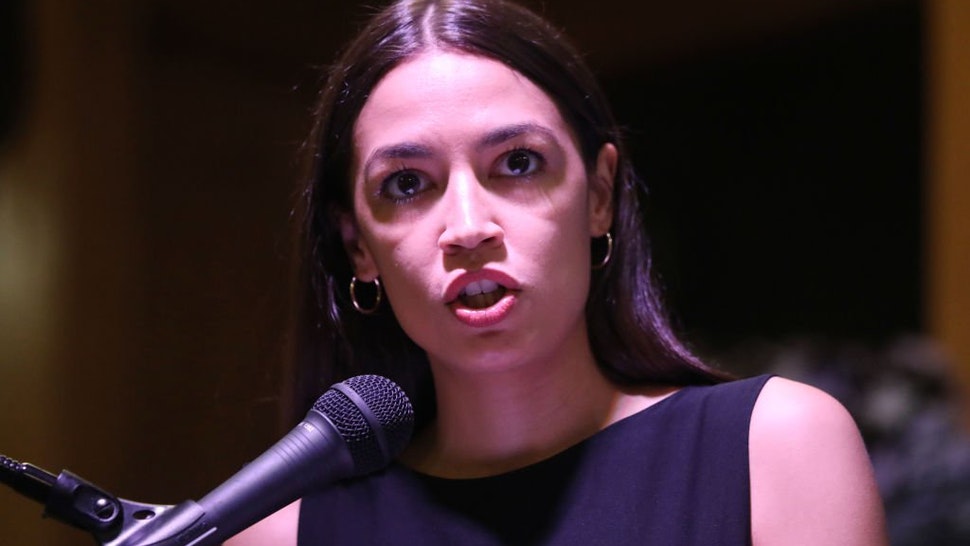 Rep. Alexandria Ocasio-Cortez (D-NY) told CNN’s Jake Tapper on Sunday that she is going to be doing everything that she can to make sure Democrats win the two Senate races that have gone to a runoff in Georgia so that Democrats will have a majority in the Senate and won’t have to “negotiate” with Republicans.

“As of now, however, it looks as though Republicans, at least until January, will hold control of the Senate,” Tapper said. “That’s going to complicate your desire and the desire of other progressives for bold, sweeping, progressive legislation.”

“I mean, theoretically, you can pass anything you want in the House, but it doesn’t matter if it goes to die in the Senate,” he continued. “How are you going to negotiate that? Are you going to work with more moderate Senate Republicans to try to pass something in the House that can get through the Senate?”

“Well, I’m going to be spending my next couple of months doing everything that I can to extend help and offer support to the work of fantastic leaders that we just heard from, like Stacey Abrams, to make sure that we don’t have a Republican Senate majority, that we win these races in Georgia, that we secure a Democratic Senate majority, so that we don’t have to negotiate in that way,” Ocasio-Cortez responded. “And so these Senate runoff races, they’re on January 5, I believe. And it’s — that is right around the time that we will be preparing to swear in now president-elect Joe Biden and vice president-elect Kamala Harris.”

Ocasio-Cortez added, “And I think it’s really important that we all work very hard to give them a Democratic Senate as well.”

Far-left Rep. Alexandria Ocasio-Cortez (D-NY) says that she’s going all in to make sure Democrats take the two Senate seats in Georgia so she won’t have to “negotiate” with Republicans in Congress and will be able to ram through her extremist agenda. pic.twitter.com/42CVEL2ibo

The segment comes after Senate Minority Leader Charles Schumer (D-NY) promised on Sunday that Democrats would “change America” and “change the world” if they manage to “take Georgia.”

Democrats have called for eliminating the filibuster if they take the Senate, which would allow them to implement a far-left agenda that includes massive power grabs for the Democrat Party.

Included in those power grabs is giving statehood to Puerto Rico and Washington, D.C. — which could result in four additional Democrat Senate seats, thus making it significantly harder for Republicans to ever gain control of the Senate in the future. Schumer has already said that he would “love to make them states.”

The Democrats, including Schumer, have also stated that “everything is on the table” in reference to whether Democrats will pack the Supreme Court with leftist judges in an attempt to skew the court’s power for partisan purposes. The idea of court packing is so unpopular that only 27 percent of Americans support it.

Chuck Schumer on the streets of NYC

“Now we take Georgia, then we change America!”

David Perdue in May ‘19: “The road to socialism will never run through Georgia” pic.twitter.com/x1Wpeh3nU6