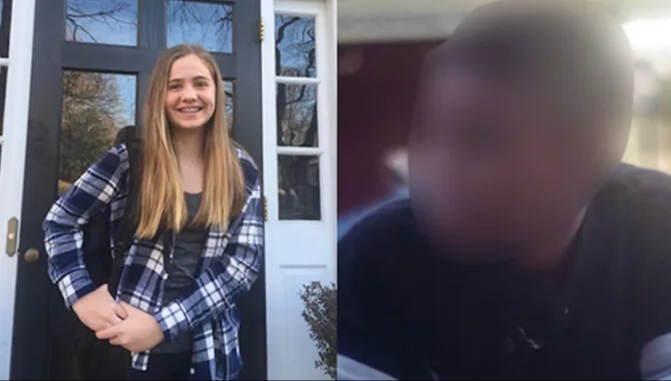 A 13-year-old girl from Virginia was murdered after being shot multiple times by an African American teenage boy on Friday.

Lucia Whalen Bremer was described by friends and family as “brave, hardworking, and kind to everyone.” According to police, she was shot while walking in a Virginia suburb near her home on Friday by a black teen who is having his identity hidden because he’s a “juvenile.”

From The Daily Mail:

A boy has been arrested in connection with a shooting that killed an eighth grade girl in Virginia after a day-long manhunt.

Loved ones identified the victim as Lucia Whalen Bremer, a student at the Quioccasin Middle School in Richmond.

She was shot multiple times on Friday afternoon at the Gayton Forest West subdivision and died at an area hospital soon after.

Police said the suspected shooter fled the scene immediately after opening fire and was arrested on Saturday afternoon about a half-mile away.

His name has not been released due to his age but he is said to be facing charges including second-degree homicide, possession of a firearm by juvenile, and use of a firearm in the commission of a felony, according to the Henrico Citizen.

‘Lucia was funny. She loved to tell jokes and made people laugh. She was an amazing public speaker, and you would just listen in awe as she spoke. Lucia was wise beyond her years. Talking to her didn’t feel like talking to a middle schooler,’ Phipps wrote.

‘Lucia was exceptional; truly one-of-a-kind. She was brave, hardworking, and kind to everyone. Her smile would light up the entire room.

‘In fact, her mother told me that Lucia’s name means “light”, which is just the perfect way to describe her. She radiated happiness, and she loved our school.’

“Witnesses reported seeing two girls walking along a path, followed by the suspect, then hearing at least five shots,” The Henrico Citizen reported.

“The suspect ran from the scene, while one of the girls fell after being struck. She later died at a local hospital.”