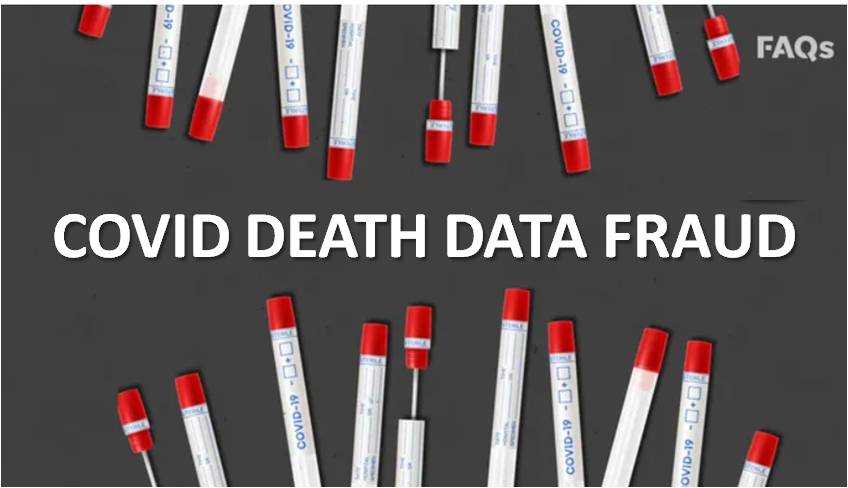 I’ve had enough.  The media continue to report what they consider the death toll from the Wuhan virus, despite the fact that it is fiction and defies basic tenets of scientific integrity.  Back in October, Senator Hirono repeated, again, the “over 200,000” deaths statistic.  This is a lie.  I’ll explain why, but first let me tell you what qualifies me to know it’s a lie.

From 1964 to 1970, in high school and college, I worked as an autopsy assistant at St. Vincent’s Hospital on 12th Street in New York City, a few blocks from my own address on 14th.  After getting married and moving a few times, I went to work in the Medical Examiner’s Office in Freehold, N.J., both as a tech and an in-house investigator dealing with forensic cases.

From there I went to the State Medical Examiner’s Office in Newark supervising several disciplines.  Finally, in 1992, I was hired as the chief investigator for the Medical Examiner’s Office in Fulton County, Georgia, in the city of Atlanta.  Along the way, I taught many classes in death investigation and served in several posts within the federal team that responded to mass fatalities.

Over the 30+ years that I spent managing aspects of death investigation, I was always determined to uncover every piece of information that would lead to the filing of an accurate death certificate.  That brings me to the big lie.  Death certificates are pretty uniform in their structure, and they call for strict accuracy in listing the relevant details.  There are five critical lines on a death certificate, each having its own contribution to the final conclusion.

The first (top) line is “Immediate Cause of Death.”  This is where the actual terminal event is recorded.  This line is followed by three more, all labeled “Due To,” where contributors to the immediate cause, in declining order, are listed.  An example of this structure might be Immediate Cause listed as Cerebral Hemorrhage, and the first Due To line might be Gunshot Wound.

Very direct.  In the event that there are other contributors in the cascade of Due To notations, they would follow, in descending order.  Finally, there is a line called “Other Significant Conditions,” which serves as a catch-all for relevant, non-fatal items.  In the example above, this line might read Severe Depression to explain why there was a gunshot wound to the head.

If it is on the first Due To line, it might be a COVID death in a person with a significant comorbidity.  If it is on the second or third Due To line, it may or may not have a role in the death, but if it appears in the Other Significant Conditions line, it is not a COVID death, yet it is being counted as one.  An example is the fellow who crashed his motorcycle and tested positive for COVID.  This is fraud masquerading as science.

How many actual COVID deaths have there been?  Who knows?  Last year, when the publicly advertised number hit 200,000, there was speculation that the actual number could be as low as 10 or 12 thousand.  Today, just based on statistical probability, it is certainly under the 500,000 reported in the media, and maybe a lot less.

Two publicly reported examples of this fraud are the fellow in Florida who died in a motorcycle crash but had been COVID-positive earlier and was certified as a COVID death, and then the two gunshot deaths in Colorado that were called COVID deaths because the decedents had been positive weeks before.  One study that has been released that has scientific integrity was from Minnesota, where the COVID positive rate was determined to be overstated by 40%.

As a once-upon-a-time New York kid who spent most of my 72 years in the business of investigating and documenting death, I’d love to get hold of every 2020 death certificate in the country and conduct a study that would set the record straight.

Somebody has to.  Dying with COVID and dying from COVID are two entirely different things.