Czech Republic: “Act of war against NATO member state – Russia blows up our military installations” – Belarus: “Attempted assassination of the president by the CIA” (video) 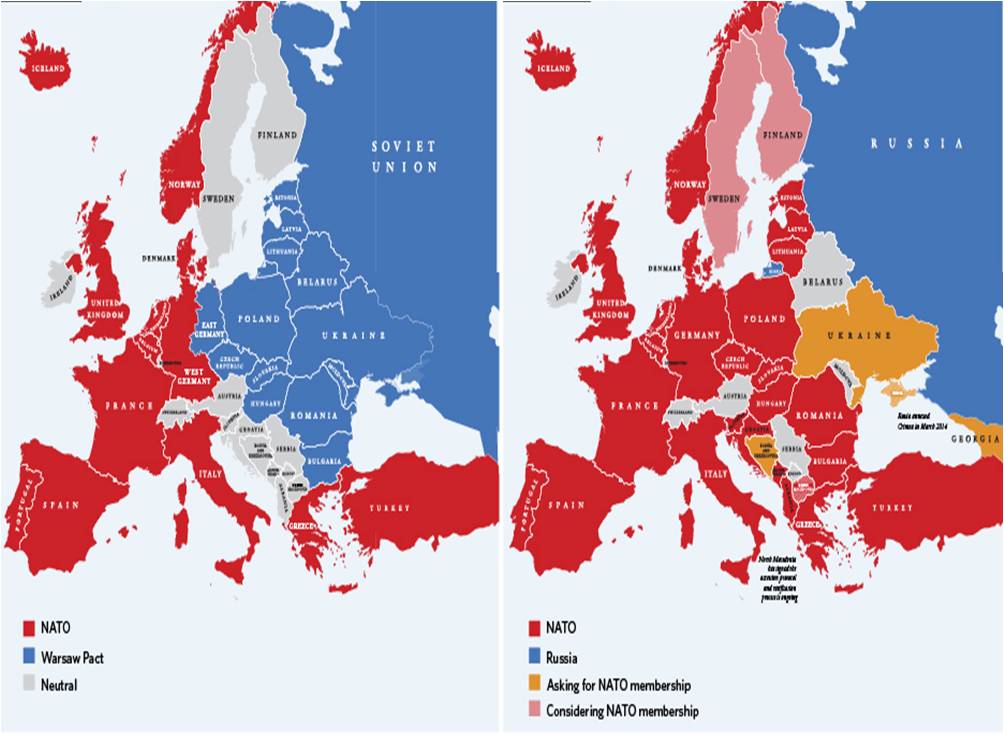 The Czech Republic is deporting 18 Russian diplomats and, according to WarNews247, intends to close its embassy in Moscow as it reveals that “Russian agents blew up military depots with weapons.”

At the same time, the Czech Republic released photos of the notorious Russian agents. These are the same Russian agents who carried out the attack in Salisbury by poisoning the Skripals with Novichok.

In addition, yesterday’s report by WarNews247 is confirmed as sources from Russia described the “recommendation to the US ambassador to leave the country” as a “mild deportation” of the ambassador.

In essence, Moscow is asking Washington to withdraw the US ambassador from Moscow, just as the Kremlin did with its ambassador to the US capital.

Diplomatic sources emphasize that ” according to the 1961 treaty regulating the diplomatic regime between countries, there is no possibility of expelling an ambassador and the only thing that can be done for an ambassador is to be considered persona non grata, but if he has fallen into some misdemeanor “.

The bombing of military equipment depots took place in 2014, now because it was revealed today by the Czech Republic is another matter.

The bottom line is that this is an “act of war” against a NATO member state.

However, the issue of the Russian-Ukrainian conflict is now out of control. And the president of Belarus, Lukashenko, recently announced that “CIA agents tried to assassinate him.”

Whether that is the case or not, the point is one: Russian troops will arrive in Belarus from tomorrow!

The Czech Republic is deporting 18 Russian diplomats as its GRU and SVR secret services blew up military depots with weapons in 2014.

Two people were killed as a result. The cause of the explosions was never identified.

However, according to a Czech, the ammunition was destined for Ukraine.

A Bulgarian arms dealer, Emilian Gebrev, allegedly closed the deal between the Czech Republic and Ukraine.

Prime Minister Andrej Babis and Foreign Minister Jan Hamacek announced the deportation of Russian diplomats at a press conference in the capital.

Babis said the move was in response to Russian intelligence officials being involved in an explosion at a military depot seven years ago in the Czech Republic.

“We keep our partners in the EU and NATO informed and ask for their support.

“I canceled my trip to Moscow,” said Hamacek.

“President Milos Zeman, who until recently supported ‘good relations between Prague and Moscow,’ was informed of the blasts,” two officials said.

It is noted that the Czechs report that at the same time there were explosions in weapons depots of the Bulgarian Army.

The Czechs report that “it was the same GRU 21955 unit that blew them up”.

Sources in Moscow and the Russian Foreign Ministry said that “Prague should be aware of the consequences and that Moscow can respond to the expulsions of its diplomats.”

Incredible things are happening. Lukashenka directly accuses either Biden or Trump, CIA or FBI, of planning to kill him personally and his children. Meanwhile, Lukashenka announced “the most important decision” of his presidency. pic.twitter.com/zv4pzgh1M5

A. Lukashenko: The CIA tried to kill me!

Belarussian President Alexander Lukashenko has announced the arrest of a group plotting to assassinate him and his children.

This group was affiliated with the US Secret Service

“We have the team in custody, they showed us how they had planned it. We found out that he was working for foreign secret services. Probably for the CIA or the FBI.

Russia’s FSB says it has detained two people plotting to overthrow President Belarus and oust him.

As a result of a joint operation of the Russian and Belarusian secret services, Yuri Leonidovich Zyankovich (Zenkovich), who has dual citizenship, and Alexander Iosifovich Feduta were arrested.

They were planning a assassination and a military coup in Belarus with the involvement of local Ukrainian nationalist forces. Their plan was new

According to the FSB, Zyankovich arrived in Moscow after consultations in the US and Poland. He intended to meet with representatives of the Belarusian Armed Forces to persuade them to take part in a military coup.

The coup was scheduled for May 9.

BREAKING. Czechia expels 18 (!) diplomats after discovering that GRU’s unit 29155 – same guys we proved were behind the Skripal and Gebrev poisonings – were behind the explosions at Czech ammunition factories in 2014.