Giant Asteroid Gaining Incredible Speed On Its Way Towards Earth 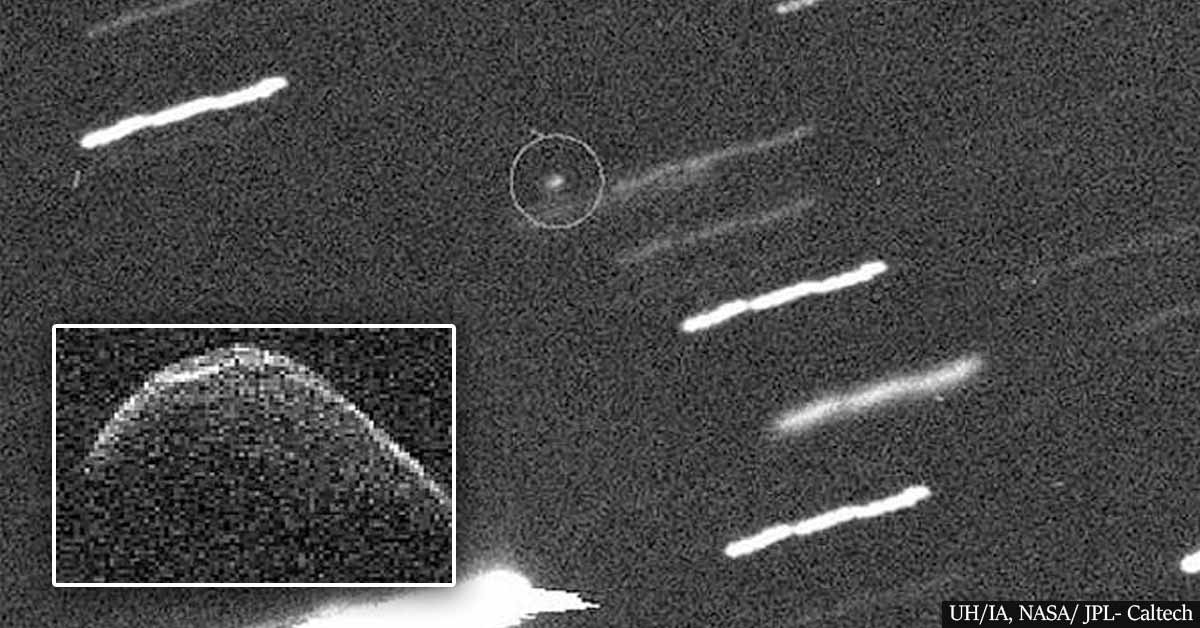 A massive asteroid named Apophis (the God of Chaos in ancient Egypt) is gaining incredible speed as it heads towards our planet – and experts warn it could hit us in 48 years.

According to University of Hawaii Astronomers, the asteroid is gaining immense speed due to non-uniform radiation, which serves it as a little thruster.

Before the experts made this recent discovery, a clash was said to be out of the question, but the new data points to a small chance of Apophis crashing into Earth on April 12, 2068 – and it could be a horrific catastrophe.

The asteroid is more than 1000 feet in width and the crash would be equal to 880 million tons of TNT exploding at the same time.

The giant rock was spotted back in 2004 by astronomers at Arizona’s Kitt Peak National Observatory.

Ever since, the team has been tracking Apophis as it orbits the sun, which it fully circles in less than one year.

The experts first saw the asteroid with the Subaru telescope earlier in 2020 and concluded it had gained speed following the analysis they refer to as the Yarkovsky effect.

When the sun heats Apophis, it re-radiates the energy off itself in the form of heat, which, in turn, serves as a thruster.

Massive asteroid named after the ‘God of Chaos’ is gaining speed as it travels towards Earth https://t.co/lSeCUKpZhg

According to the astronomers, prior to this effect, it was impossible for the asteroid to hit earth but that is sadly no longer the case.

“The new observations we obtained with the Subaru telescope earlier this year were good enough to reveal the Yarkovsky acceleration of Apophis, and they show that the asteroid is drifting away from a purely gravitational orbit by about 170 meters per year, which is enough to keep the 2068 impact scenario in play.”

The giant rock has also been awarded the title of NASA’s 3rd-highest threat on the Sentry Risk Table, as per Gizmodo.

According to the table, there is a 1 in 150,000 chance of Apophis crashing into earth in 48 years, but Tholen said that the odds are actually nearer to 1 in 530,000 if the Yarkovsky effect is taken into account.

The beast contains iron and nickel and according to radar data, it is elongated with two lobes, which makes it look like a giant peanut.

According to the team, more data needs to be collected in order to fully grasp what this asteroid can and will actually do.

The experts hope to ‘know well before 2068 if there is any chance of an impact.‘

When this asteroid was first spotted, astronomers said there was a 2.7% chance of it crashing into our planet in 2029, but new findings show that it will safely bass by within 19,794 miles.

This is the closest-approaching asteroid of this size in history that experts have known about in advance.