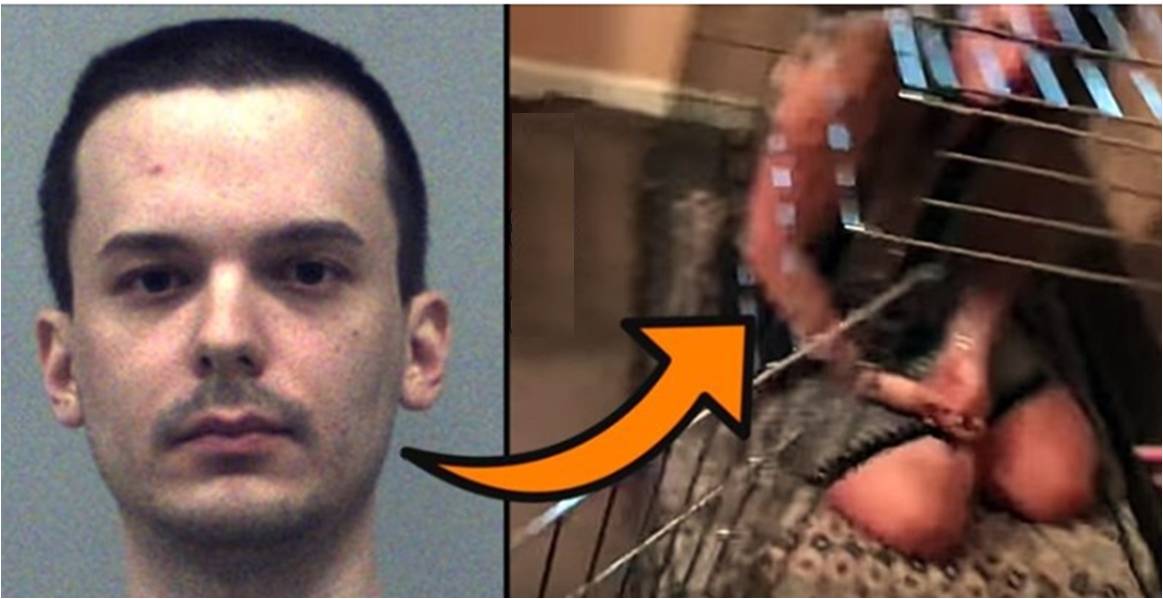 A sexual predator was arrested and convicted after police discovered that he held a girl as his personal sex slave, starving her and keeping her locked in a dog cage for over a year. However, the judge decided to let him go without any jail time, and it was all for a disturbing reason.

When 15-year-old Hailey Burns met 31-year-old Michael Wysolovski in an online chat, the teen thought she had finally found a good friend. Burns confided in Wysolovski about her struggle with anorexia and self-esteem, which led to an intimate relationship that the man used to convince the girl into running away from her home in Ballantyne, North Carolina.

Perhaps one of the most heinous crimes a person can commit is the abuse of an innocent child. Of course, this detestable offense is even worse when it involves the victimization of someone who suffers from a mental illness.

Thanks to her contact with a woman online, Burns was rescued by police at the age of 17, over a year after her capture. She was severely malnourished, infected with ringworm, and suffering serious back problems due to her time spent in the cage.

However, despite the fact that he faced 25 years in prison, Gwinnett County Superior Court Judge Timothy Hamil decided not to give Wysolovski, 33, any jail time because he received credit for time served. According to WSOCTV, although Judge Hamil sentenced Wysolovski to a paltry 8 months in prison, he then accepted the man’s previous 8-month stay in jail before receiving bond as “time served.” Wysolovski will only be required to remain on probation for 9 years and 4 months along with registering as a sex offender.

Disturbingly, Wysolovski had been previously charged with rape, aggravated sodomy, cruelty to children, false imprisonment, and interstate interference with custody. However, Judge Hamil offered Wysolovski a deal for pleading guilty to first-degree cruelty to children and interstate interference with custody.

Judge Hamil admitted that Wysolovski should not be granted a request for first offender status. However, the man still walked out of the courtroom without having to set foot in a prison cell due to his plea deal.

“I can’t see even the most twisted definition of what you did as help … I don’t see any emotion from you. I don’t see any remorse from you,” Hamil said. “I am not moved to give you first offender status … In my time on the bench I can count on both hands the time I’ve refused to give someone first offender status – but there’s something inside me that says this is one of those times.”

Burns held a teddy bear for emotional support as she testified against Wysolovski, detailing the horrific abuse she suffered. Although she had multiple mental health disorders before the abuse began, her time in Wysolovski’s home has caused trauma that has led to additional diagnoses.

“He manipulated me heavily, taking advantage of my mental illness to push me closer to his desires,” Hailey said. “He lowered my self-esteem greatly and led me to believe I’d never be loved or have a proper life if I gained any weight.”

Burns explained that she has no self-esteem and has developed a fear of showering and rain because of alleged “water torture.” She also obsesses over aspects of her surroundings, including repeatedly checking locks and doors in order to ensure her safety. Burns has reportedly attempted suicide three times since her escape.

Burns’ family didn’t initially want to go to trial, fearing that it would further damage their daughter’s mental health. However, their worst fears were confirmed when the process allowed for Wysolovski’s release.

“Your honor, I will not allow the defendant to hurt her anymore. And I will do everything in my power to make sure he never does this to another family like mine,” Anthony Burns said.

Burns and her family are terrified that Wysolovski will attempt to harm their daughter or kidnap her again. They are also concerned that he may try to sexually abuse other girls since he got away with abusing their daughter.

“You are a coward. A silver-tongued abuser who preys on young women and girls. You rape them. You torture them. You control them. You’re sick and sadistic,” said Shauna Burns, who is the victim’s mother.

Wysolovski is free to roam the streets and prey upon unsuspecting girls, thanks to his sentence. Hopefully, the surrounding area is well-aware of his release so that the community can protect their children from potential abuse.