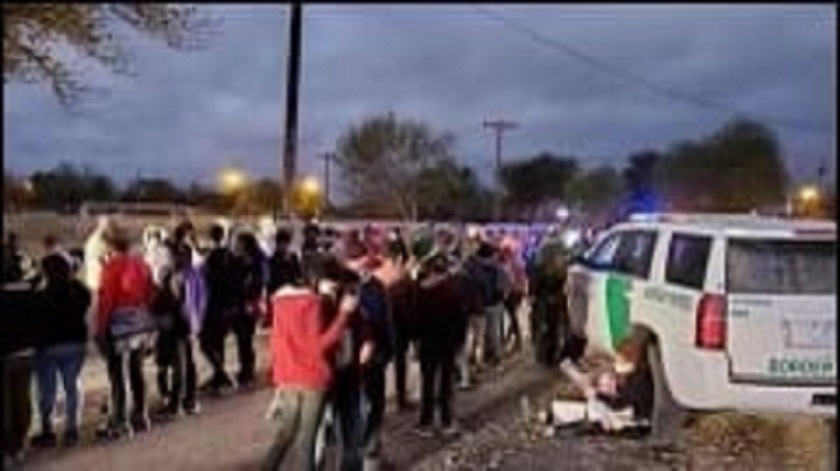 Images being reported from the southern border are showing just how bad the border crisis cause by Biden is.

It is being reported that in the last two weeks almost 24,000 migrants were caught illegally crossing from Mexico to South Texas.

Chief Patrol Agent Brain Hastings recently posted another large group taken into custody only for hundreds more to be apprehended the next day.

This group adds to the nearly 24,000 individuals apprehended throughout the RGV in the last two weeks.

Last, weekend gents assigned to the Rio Grande City Station took into custody three different groups that number more than 100. Many of those apprehended were from Honduras, El Salvador, Guatemala, and Nicaragua, 17 were Romanian nationals.

“Even with the spread of the COVID-19 virus, human smugglers continue to try these brazen attempts with zero regard for the lives they endanger nor to the health of the citizens of our great nation,” officials said in a written statement.

The #RGV continues to see an increase in illegal crossings despite #COVID19 concerns.

“Despite the inherent dangers of crossing the treacherous Rio Grande, illegal aliens continue to risk their lives to enter the United States,” Border Patrol officials stated. “In recent days, Border Patrol has conducted multiple rescues of individuals, who were set adrift by smugglers. Groups are smuggled on inflatable rafts almost always exceeding the maximum capacity of the rafts, and rarely provided life vests.”

The Biden administration will not allow the media to view the detention facilities housing migrants however, leaked reports say they are pressed to capacity.