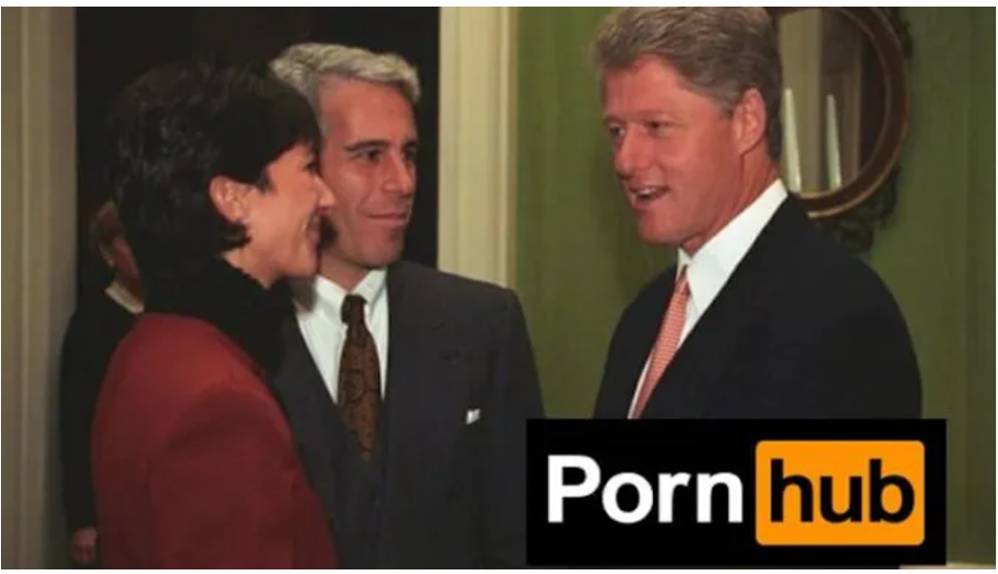 The lawsuit against Pornhub’s parent company, MindGeek, and other related organizations reveals that a “ring of Hollywood men and New York financiers, including Jeffrey Epstein” engaged in raping, trafficking and exploiting young girls. One of the accusers, Jane Doe #1, claims she was just seven when it all started and continued for 21 years.

According to the lawsuit:

The first recording was made in a garage in Maryland in or about 2001-2002 when Jane Doe No. 1 was 10 years old. The next year, Jane Doe No. 1 was “sold” to another trafficker in New York. She was trafficked by this man and his organization in various states along the East Coast, and was forced to provide escort services and film pornographic videos and livestreams. The videos were produced in various warehouses.

In 2004, Jane Doe No. 1 was transported to Florida, where she was introduced to Jeffrey Epstein and other men. Jane Doe No. 1 was directed to give Epstein “massages,” which the New York Times explained was a known code word for sex among Epstein’s inner circles. She was transported to Epstein’s properties in New York, Palm Beach, Florida, and his private island, Little St. James in the U.S. Virgin Islands, which she visited on multiple occasions. This went on throughout her middle school and high school years and ended right before she started college.

Jane Doe No. 1’s therapist assisted her with takedown requests, but she was not successful in having them all removed.

The years of sexual abuse and exploitation caused Jane Doe No. 1 to suffer from an eating disorder and substance abuse. These conditions forced Jane Doe No. 1 to take a leave of absence from college. She continues to receive medical treatment for the emotional distress she suffered.

Thelibertydaily.com reports: For background, here’s the report from NBC News:

The women say in their suit that MindGeek used nonconsensual content to “become the dominant online pornography company in the world.” The women were victims of sexual exploitation, rape and trafficking, and they were “victimized first by their original abuser, and then repeatedly by the defendants in this case,” the suit alleges.

For over two years, mainstream media and Big Tech have focused on stifling QAnon’s “Save the Children” focus, claiming it’s all a wild conspiracy theory. These women and girls are not theoretical. How many are not helped because of media bias?